In 2018, Tupytsky became an owner of a land plot in the occupied Crimea, having fixed the deal under Russian law, thus allegedly recognizing Russian sovereignty over the occupied peninsula. 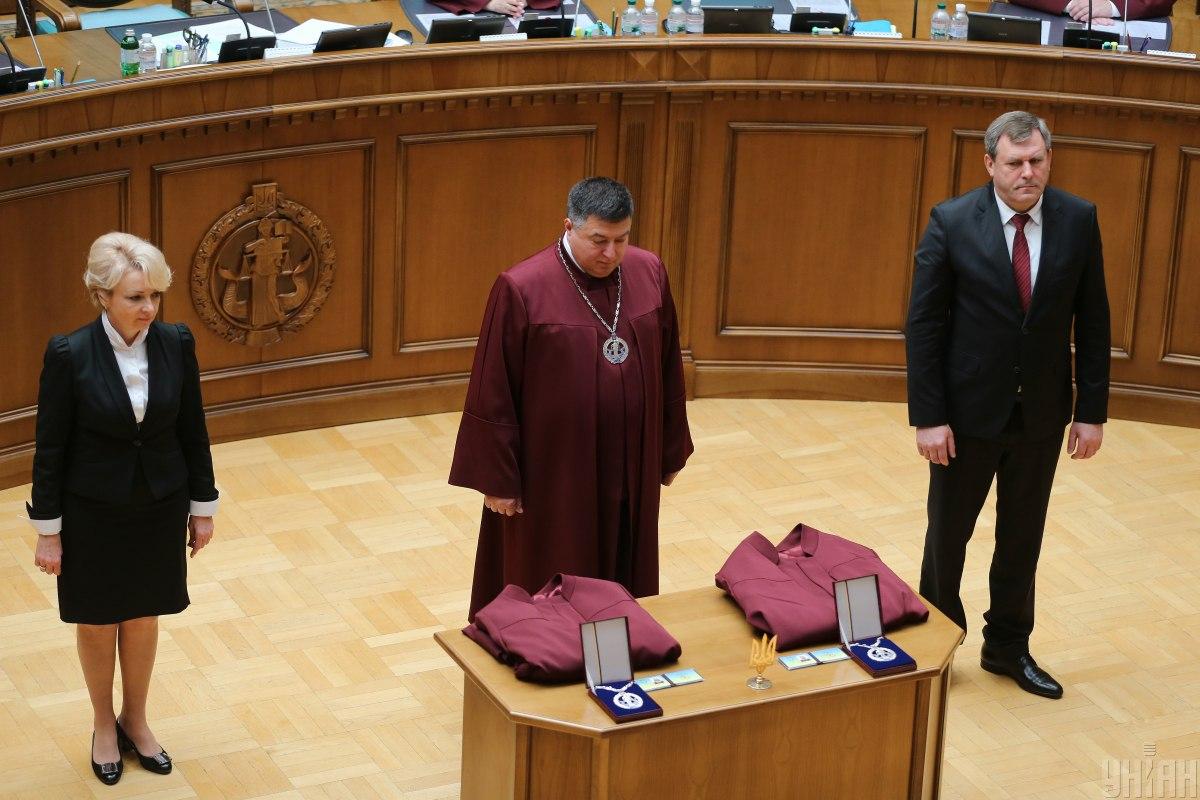 The State Bureau of Investigation has started an investigation into an unauthorized seizure of a land plot in the temporarily occupied Crimea, as well as high treason committed by Chairman of the Constitutional Court of Ukraine, Oleksandr Tupytsky.

"Detectives with the State Bureau of Investigation have launched a pre-trial investigation into the facts of unauthorized occupation of a land plot by a group of persons, as well as high treason by the chairman of the Constitutional Court of Ukraine," Sukhachov said.

According to preliminary reports, the CCU chief in July 2018 conspired with other persons to arbitrarily occupy a land plot, not allocated to him in accordance with the procedure established by Ukrainian legislation, and entered into a deal, which recognized the powers of Russian authorities to file records on the alienation of the Ukrainian land plot and classify it as falling under the Russian jurisdiction.

Thus, the SBI claims, he could have committed an act to the detriment of sovereignty, territorial integrity, state and economic security of Ukraine, qualified under Article 197-1 Part 2 (unauthorized occupation of a land plot and unauthorized construction) and part 1 of Article 111 (state treason) of the Criminal Code of Ukraine.

The top judge is facing 12 to 15 years in prison if his guilt is proved in court.

On October 28, the Schemes investigative project first reported on the land deal in Crimea regarding Tupytsky. The CCU chair, journalists said, became the owner of a land plot in the village of Koreiz in the Russian-occupied Crimea, having drawn up a purchase and sale agreement under Russian law, while failing to report this information in his annual asset declaration.

The move sparked public outrage as a sign of an anti-corruption reform rollback.

President Zelensky has tabled in Parliament an urgent bill set to dismiss all judges of the Constitutional Court before the new composition could be selected.

If you see a spelling error on our site, select it and press Ctrl+Enter
Tags:CrimeainvestigationConstitutionalCourtlandplotsSBI