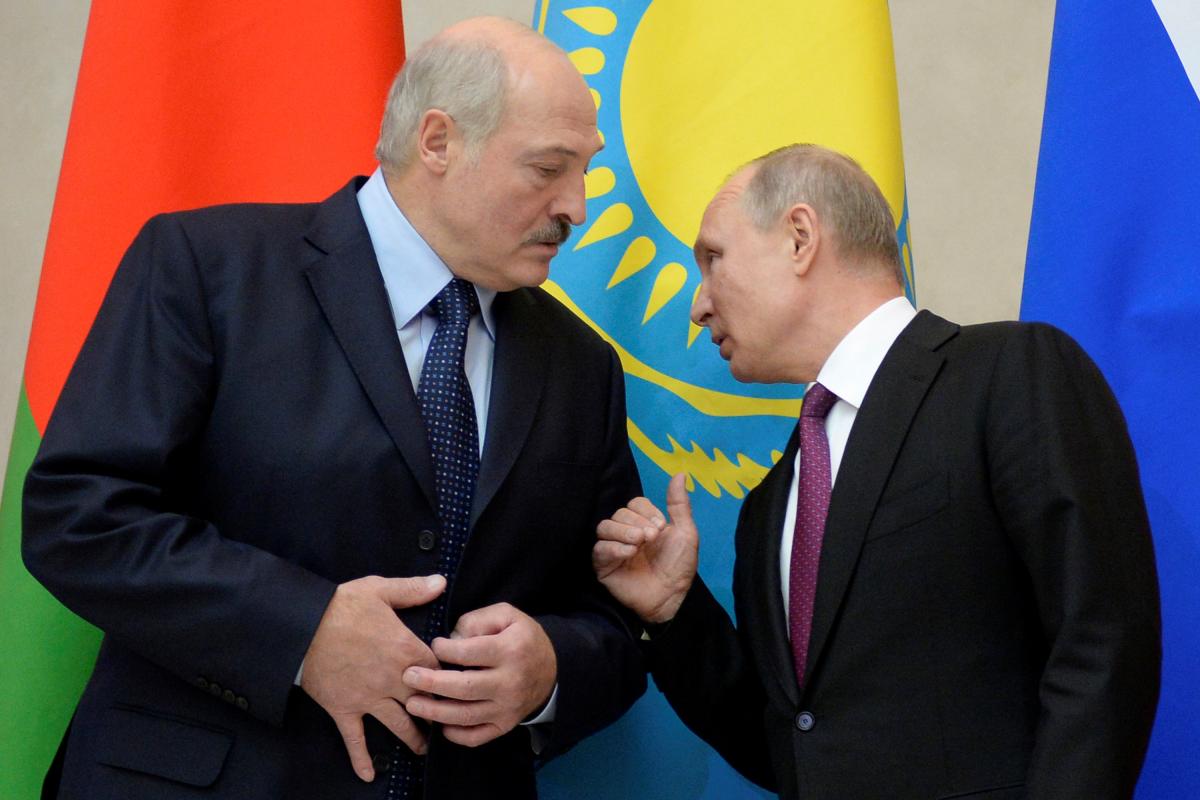 Lukashenko "has made a choice in favor of Russia" by handing over to President Vladimir Putin the group of Russian mercenaries with the Wagner Private Military Company detained outside Minsk late July on charges of plotting to destabilize the country amid the election campaign.

That's according to Eugene Yenin, Deputy Minister for Foreign Affairs of Ukraine, who spoke with Ukraine 24 TV channel.

He has noted that the Ukrainian side had been working toward having mercenaries handed over to Kyiv.

"Belarus is a party to the Minsk Convention on legal assistance in criminal cases… As far as I know, the Ukrainian side has submitted relevant documents for consideration by the Belarus side – and based on those documents, the so-called extradition vetting had to be launched, which is about checking whether there are grounds for extradition or not," Yenin said.

Read alsoUkraine's chief prosecutor not officially invited to Belarus on PMC Wagner members' extraditionRussia does not hand out own citizens, Yenin recalled, speaking with Ukraine 24 TV channel, noting that initially, "we did not rule out the possibility that Lukashenko would play the issue and use it as a bargaining chip, first of all with Russia – and now we have seen that he's made a choice in favor of Russia."

Also, Yenin took to Facebook to say Ukraine has "taken note" of Belarus government's decision to extradite mercenaries back to Russia rather than hand them over to Ukraine to be probed for crimes they committed in the Donbas warzone.

So far, these individuals have managed to escape responsibility, but this is not the end of the story (after all, there is still Interpol)

"The Ukrainian side (first of all, the central competent body of Ukraine for extradition) has made appropriate efforts to prosecute offenders suspected of committing grave crimes in Donbas. So far, these individuals have managed to escape responsibility, but this is not the end of the story (after all, there is still Interpol)," Yenin wrote on Facebook.

On July 29, fighters with PMC Wagner were detained in Belarus. Thirty-two were apprehended outside Minsk, and one more was detained in the south of the country.

Among detainees were those who had fought against Ukraine in Donbas, Ukrainian authorities said.

Belarus' law enforcement agencies reported that they had been tipped about the deployment of more than 200 foreign fighters to destabilize the country during the presidential election campaign.

Belarus asked the Ukrainian authorities to verify the detainees' involvement in crimes committed in Ukraine.