The story about the "Ukrainian plot to lure and detain Wagner PMC troops" is a Russian hoax aimed at compromising Ukraine. 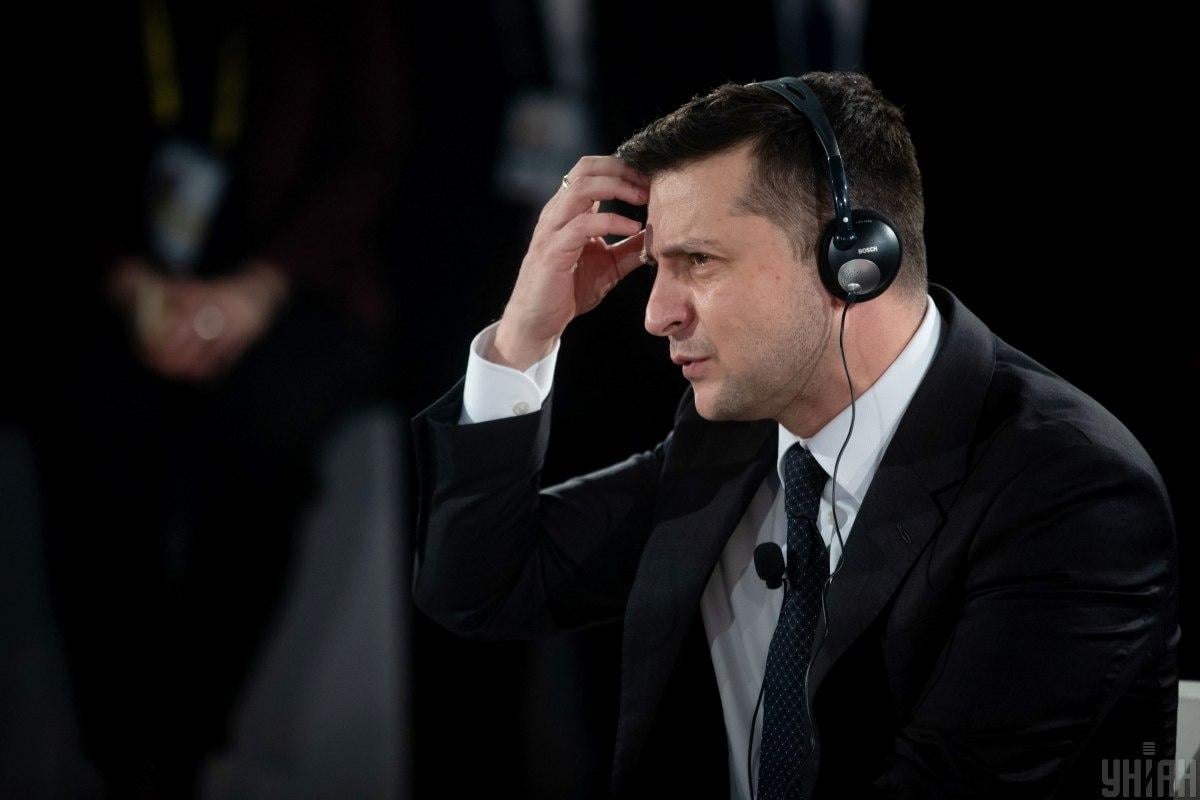 Ukrainian President Volodymyr Zelensky has for the first time commented on recent rumors stemming from an unverified report based on unnamed sources about a "disruption of the Ukrainian special operation" to detain troops with the Russian private military company Wagner.

In a comment to RFE/RL, Zelensky called the rumors "nonsense."

"Nonsense. I read about it. It says some mass media reprinted Komsomolskaya Pravda "(it seems, a Russian [newspaper]), and sensationalized it in Ukraine. I'm unaware of any 'leaks' in any kind of operation," said Zelensky.

I'm unaware of any 'leaks' in any kind of operation

Read alsoUkraine decries allegations of "special operation" to arrest Wagner PMC troops as "fake story"Earlier on Thursday, August 20, Head of the President's Office Andriy Yermak said the wave of reports about the alleged leaks that led to a disruption of some operation was "a well thought out and planned disinformation campaign."

On July 29, 2020, a group of militants with the Wagner PMC were detained in Belarus, 32 – outside Minsk, another one – in the south of the country. Among them were those who fought against Ukraine in the Donbas war.

Belarus turned to the Ukrainian authorities to verify the involvement of the detainees in crimes committed in Ukraine. On July 30, Ukraine began consultations with Belarus on the extradition. On August 7, President Alexander Lukashenko of Belarus said Ukraine must prove the guilt of the detained mercenaries to seal extradition.

On August 9, Lukashenko said he had received a five-page letter from Russian President Vladimir Putin with information on the situation around the detention of Wagner troops.

On August 11, the Office of the Prosecutor General of Ukraine sent inquiries to their Belarus counterparts appealing for the extradition of 28 fighters with the Wagner PMC. All 28, including nine citizens of Ukraine, had been charged with participation in a terrorist organization.

Russia's Komsomolskaya Pravda correspondent Alexander Kots on August 6 claimed it was the SBU security service of Ukraine, not Russian government as is widely believed, was behind the emergence of Wagner PMC troops in Belarus.

Read alsoAdvisor to President's Office chief dismisses as "fiction" reports on alleged disruption of classified intel operationOn August 18, editor-in-chief of Ukraine's Censor.Net outlet, Yuriy Butusov, picked up on the spin, taking to Facebook to allege, citing unnamed sources, that a secret operation had been conducted by the SBU Security Service of Ukraine and the Main Intelligence Directorate of the Ministry of Defense, aimed to arrest and prosecute the mercenaries for crimes committed in the Donbas warzone.

The mission, Butusov alleges, has failed after Belarusian law enforcers arrested the whole group as they were waiting for a transit flight after a rebooking.

The delay and the subsequent arrest, it is alleged, were a result of a leak to a foreign power from Ukraine's Presidential Office following a last-minute report at the mission's final stage.

The story of Ukraine's involvement fits Russia's line of defense in the Belarus meddling case claiming Moscow had no plans to destabilize Belarus in the heat of election campaign, using mercenaries with combat experience in acts of provocations and sowing chaos.

The SBU Security Service of Ukraine has refuted the rumors and noted the agency never conducts operations on foreign soil.

The Foreign Intelligence Service of Ukraine (SZR) pointed to the Russian origin of the special information operation titled "Wagner Group in Belarus".