Up until his return to Kyiv, his wife was unaware he had been working for the Ukrainian government. 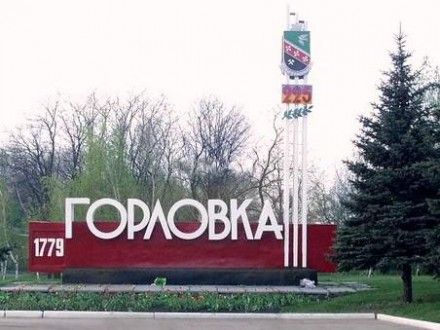 As former "People's Mayor" of the occupied city of Horlivka in eastern Ukraine's Donetsk region, Eduard Matiukha, returned to the government-controlled territory, it was revealed he had been an operative of the country's military intelligence.

Having successfully infiltrated the ranks of Russian occupation forces in Donbas, for the past five years he had been working undercover in the interests of the Main Intelligence Directorate (GUR) of the Ministry of Defense, TSN Tyzhden reports, referring to a GUR official, Vadym Skybytsky.

"Indeed, Eduard is the one who has been provided intelligence about the actual situation in the occupied territories," Skybytsky said.

For a short period of time, Matiukha was a "People's Mayor" of Horlivka, then leaving this post amid discord among militants. The intelligence operative says this was his task – to sow this discord. Subsequently, he became first secretary of the city committee of the 'Communist Party' of the so-called 'DPR'."

Matiukha said he had been gathering intelligence about Russia's crimes and making contacts with Russian Communists.

According to him, pro-Russian unrecognized enclaves (Abkhazia, North Ossetia, Transnistria, "DPR", and "LPR") are coordinated by the Kremlin through the Communist Party, which even has a person responsible for this coordination: MP Kazbek Kuchukovich Taisan.

Among other thiings, the Ukrainian intelligence officer learned that Russia's "humanitarian convoys" are being formed with the involvement of the said deputy and other Communists. The convoys are used including to transport cash for the self-styled "republics".

Matiukha is reported to have collected evidence of the Kremlin's involvement in the Donbas war.

Also, he claims Moscow has Plan B for eastern Ukraine – a referendum on "DPR" and "LPR" accession to Russia – that's if Ukraine makes no political concessions on Minsk agreements and special status of Donbas.

The intelligence operative said Moscow had been considering the revival of the so-called "Novorossiya" project with the military seizure of Kharkiv and Odesa.

Up until Matiukha's return to Kyiv, his wife was unaware he had been working for the Ukrainian government.

If you see a spelling error on our site, select it and press Ctrl+Enter
Tags:News of UkraineRussiawarDonbasespionageintelligencemayorHorlivkaMatiukha