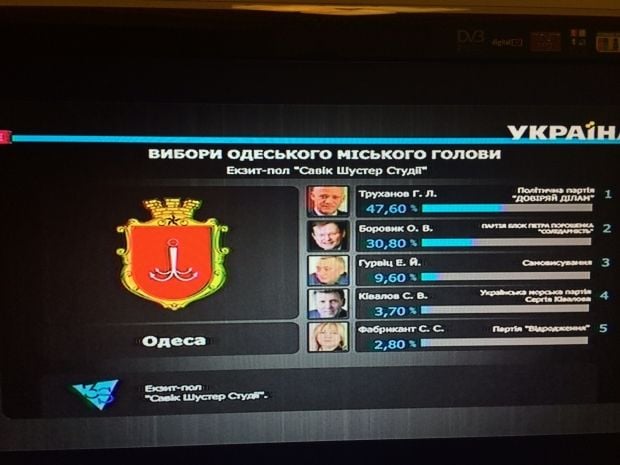 Poroshenko Party Bloc "Solidarnist" representative and former adviser to the economy minister, Sasha Borovik ranks second with 30.8%, former Odesa mayor Eduard Hurvits is third with 9.6%, MP Serhiy Kivalov, who is a nominee by the Ukrainian Maritime Party of Serhiy Kivalov, is fourth with 3.7%. Kivalov is a former member of the Regions Party that supported the ousted former Ukrainian president, Viktor Yanukovych.

According to the exit polls, Trukhanov and Borovik will compete in the second round of the mayoral elections, which is to take place on November 15.