An unscheduled check of the detention center of the SBU Security Service of Ukraine with the participation of Ukrainian Parliament Commissioner for Human Rights Valeria Lutkovska, SBU Head Vasyl Hrytsak and Prosecutor General Yuriy Lutsenko is taking place in the city of Kyiv on Monday morning, the press secretary of the Prosecutor General Larysa Sargan wrote on Facebook. 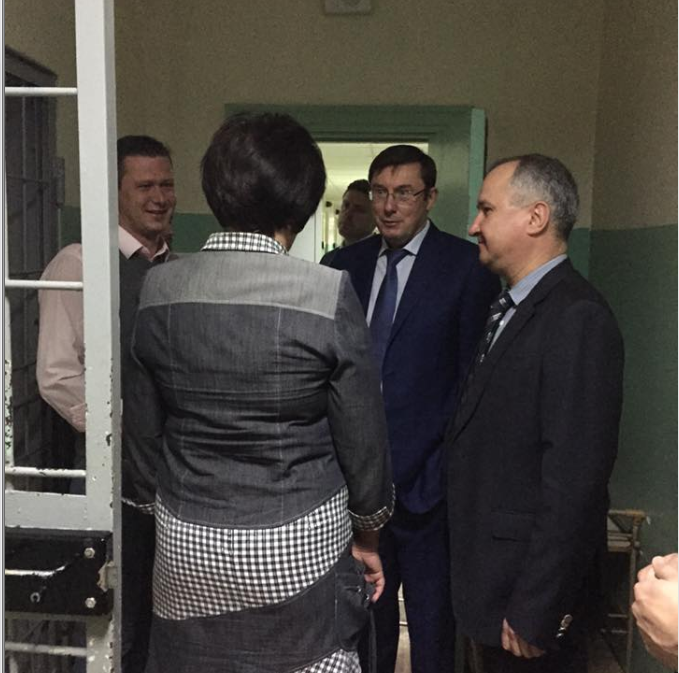 "Right now, there is an unscheduled inspection underway of the detention center of the SBU. Prosecutor General Yuriy Lutsenko asked Ukrainian Parliament Commissioner for Human Rights Valeria Lutkovska and SBU Head Vasyl Hrytsak to check one of the detention centers in response to a statement by the UN Assistant Secretary-General for Human Rights Ivan Simonovic on cases of torture both on the temporarily occupied areas of Ukraine and on the government-controlled territory," she said.

As UNIAN reported earlier, Simonovic at a briefing in Kyiv, during the presentation of the 14th report of the UN Monitoring Mission on the human rights situation in Ukraine, talked of hundreds of cases of torture both on the temporarily occupied areas of Ukraine and on the government-controlled territory.

The SBU has already refuted an earlier report about keeping in custody hundreds of detainees from the so-called “LPR-DPR” terrorist organizations, as announced by head of the SBU staff Oleksandr Tkachuk.