The man left the bus on his own. 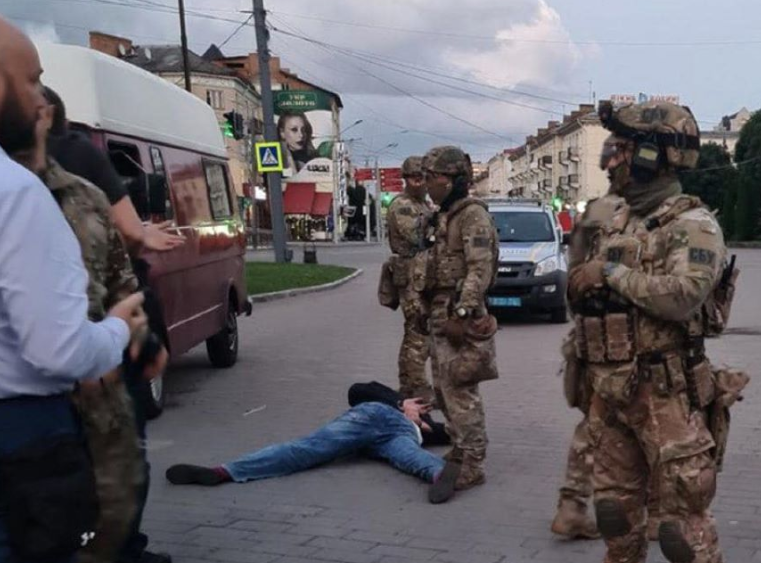 Maksym Kryvosh, the terrorist who took bus passengers hostage in Lutsk on Tuesday morning, has been detained.

This information was confirmed by Ukrainian Interior Minister Arsen Avakov, who shared a video from the scene.

Speaking at a follow-up briefing, Avakov said that 13 hostages had been freed. According to him, the terrorist left the bus on his own and then was detained by SWAT police.

As UNIAN reported earlier, an armed man took hostage passengers and the driver of a commuter bus in Lutsk, western Ukraine, on July 21. The police said the terrorist had firearms on him along with an explosive device.

The man expressed his indignation with the existing state system in Ukraine, saying that "the state is terrorist No. 1."

According to media reports, the Lutsk terrorist was identified as Maksym Stepanovych Kryvosh, 44, while "Maksym Plokhoy" is his nickname. He reportedly has two criminal records.

A criminal case under Part 2 of Article 147 (hostage-taking) of the Criminal Code of Ukraine was opened following this incident.

On Tuesday evening, he set the first three hostages free after long-lasting negotiations with police.