The combined Russian-separatist forces intensified fire along the entire Minsk demarcation line in eastern Ukraine on June 26, having attacked the Ukrainian troops 91 times in the last day, according to the press center of the Anti-Terrorist Operation (ATO). 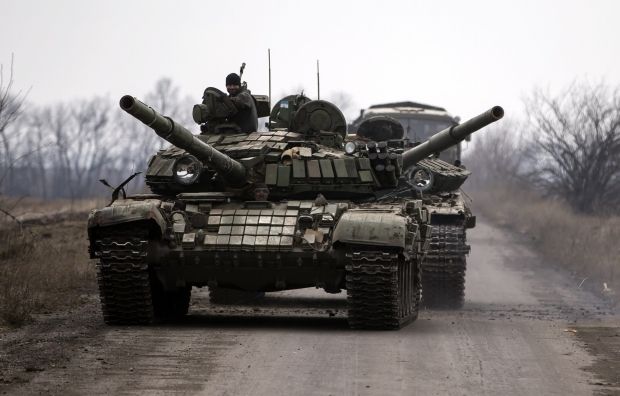 In particular, the ATO forces near the city of Donetsk came under fire 55 times.

Militants fired on the villages of Mayorsk and Lozove near the town of Artemivsk from small arms and grenade launchers.

The situation near the Ukrainian-controlled city of Mariupol is also tense. Militants used 122mm- and 152mm-caliber howitzers to shell the village of Shyrokyne and Starohnativka, the ATO press center said. What is more, Starohnativka was attacked by enemy tanks.

The situation did not change after midnight. Militants continued firing on the Ukrainian troops and populated localities in Luhansk region, near Donetsk and Mariupol, using the weapons banned by the Minsk agreements. At least 15 cases when Russian-backed militants violated the Minsk truce were recorded in that period.