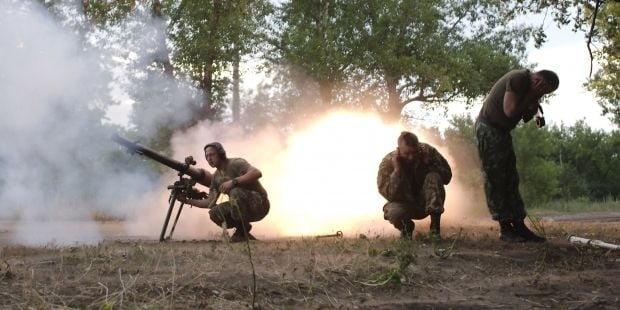 "In particular, artillery shelling of the positions of the ATO forces started at 21:00, lasting to midnight, near the village of Pisky, Avdiyivka, Opytne, Luhanske, Starohnativka, Lozove, Vodiane, and near the Donetsk Airport. At 22.40, the occupants fired 122 mm missiles at our positions near Triohizbenka," reads the statement.

“Yesterday Ukrainian soldiers repelled two enemy attacks. Groups of 15 to 20 militants tried to seize or break through the strong points of our troops. "Our troops repelled the attackers at 21:15 near the village of Avdiyivka and at 21:35 near Verhnyotoretske, forcing them to retreat," the press center reported.

"Ukrainian fighters firmly hold their ground along the demarcation line. All attempts of Russian occupants to find the dents in our defenses have failed,” the press service wrote.