The Daily Beast: How Russia hides its dead soldiers killed in Donbas

As fighting flares with no end in sight, Kyiv makes its casualties public, while Russian military deaths in ‘peacetime’ are officially a state secret, Anna Nemtsova, a correspondent for Newsweek and The Daily Beast based in Moscow, wrote in her article titled "How Russia Hides Its Dead Soldiers Killed in Ukraine," published on August 18, 2015. 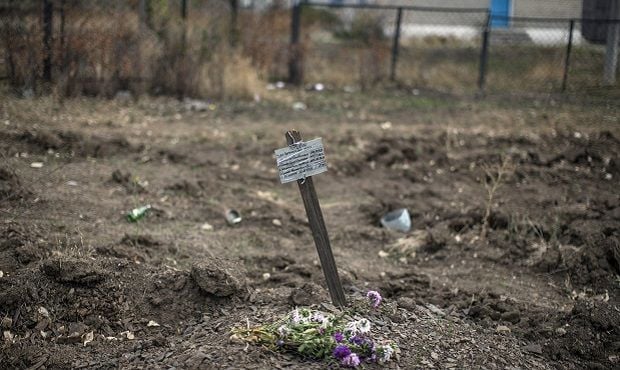 Violence in eastern Ukraine is boiling over. The entire front line in the Donetsk and Luhansk regions known as Donbas is on fire with both enemies, Ukrainian forces and Russia-backed army, blaming one another for shelling populated areas with Grad rocket launch systems, killing civilians on both sides. Kyiv, Moscow and the Donetsk leaders are warning each other of even worse escalations, even more violence, despite the ceasefire agreement reached at Minsk last February, the report says.

But as the Ukrainian people learned of the casualties on their side, the Russians are kept in the dark about the dead among their forces.

As the UN called both sides for immediate de-escalation of violence, both Kyiv and Moscow spoke about “full-scale fighting.”

Hundreds of soldiers are dying on both sides in the war that started in April last year and never seems close to ending. Kyiv reported around 1,800 military were killed in Donbas; the Russian non-governmental organization Union of Committees of Soldiers’ Mothers believed that at least half of the rebel losses, 900 militants, were Russian professional military. And there is a dramatic difference between how Russian and Ukrainian families treated their lost sons in the conflict.

If Ukraine buries its military as heroes with crowds saying goodbye to each dead soldier, and the media covering the funerals, Russia stays quiet about its sons dying in Ukraine.

"It’s as if my people had been swapped with some strangers," the head of Soldiers’ Mother’s, Valentina Melnikova, told The Daily Beast on Tuesday. "I am amazed to see how scared military families are to protest against their sons being sent to Ukraine. Parents of killed soldiers, 40- and 50-year old people, are scared to death to protest. Of what? If it’s to lose their jobs, this is ridiculous, they have lost their children."

Read alsoDetained Russian officer asks Putin not to disown his soldiersLast May President Putin officially declared military deaths in peacetime a state secret. His decision was seen as an attempt to cover up the Kremlin’s role in the Ukraine war. Russian human rights groups protested Putin’s decree.

Last week, the Supreme Court upheld Putin’s decree, ruling against the complaint by a Russian civil society group claiming that the decree was illegal, that it was hiding the true information about Russia's military involvement in eastern Ukraine.

Is the conflict going to escalate for several years? "That all depends on Putin personally, and on his gray military advisers. This story is irrational, it is beyond any comprehension; for as long as military families do not protest, there will be enough cannon fodder to be sent to war," Russia’s main Soldiers’ Mother told The Daily Beast.