UN Assistant Secretary-General for Human Rights Ivan Simonovic has announced a United Nations updated report on victims of the Donbas war and warned that the ceasefire in the east of Ukraine is in jeopardy. 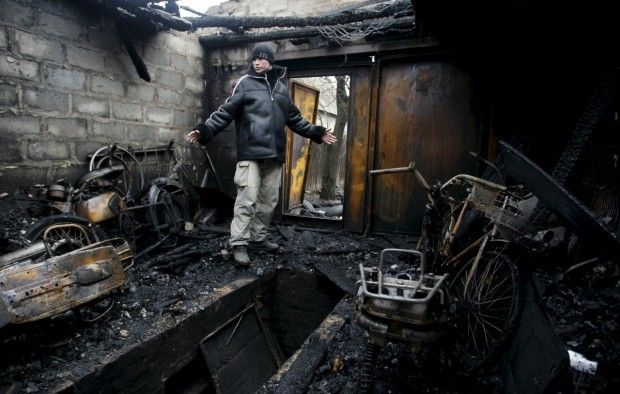 More than 9,000 had been killed and more than 21,000 injured during the Donbas conflict, he said in Geneva at the 31st session of the UN Council on Human Rights.

About 1,000 unidentified bodies are in Ukrainian morgues. In recent months, the number of civilian deaths has insignificantly declined, but people still die in artillery shelling and blasts of unexploded ordnance along the contact line, he said.

According to Simonovic, "there has been no widespread indiscriminate shelling of residential areas recently," but the military equipment is being deployed by both sides along the contact line, which threatens civilians' life and disrupts their daily routine.

Simonovic said that the implementation of the Minsk agreements is the only real strategy for restoring peace in the east of Ukraine. Retaking full and effective control by the Ukrainian authorities over the border with the Russian Federation would help to stop the flow of weapons and fighters from Russia, he added.

Speaking about the grave humanitarian consequences of the conflict, the UN Assistant Secretary-General said that the Ukrainian authorities had already registered 1.6 million internally displaced persons.

According to him, residents of the militant-controlled areas are in the most difficult situation. Information about arbitrary detention and tortures regularly comes from there.

The UN representative also said that other regions of Ukraine, including Kharkiv, Odesa, Dnipropetrovsk and Zaporizhia, had been informing the Human Rights Office about facts of disappearance, arrests and even tortures.

What is more, the human rights activist expressed concern over the fact that people responsible for deaths during the protests on the Maidan had not been established yet. According to him, this delay in the investigation undermines the credibility of Ukraine's criminal justice system.