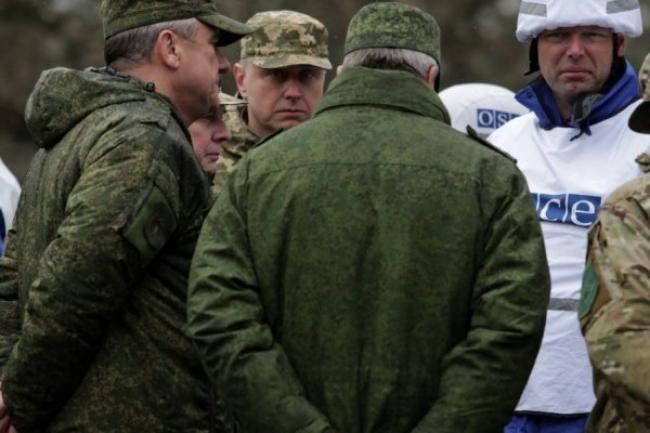 "Indeed, the topic was discussed yesterday during a telephone conversation between Putin and Merkel. As we reported on the results of the conversation, Putin spoke about our readiness to consider such an opportunity [return to the JCCC] if we succeed in gaining an understanding that provocative actions by Kyiv against our military will cease and they will be given an opportunity and conditions to perform their functions," Peskov told journalists, answering a question about conditions for the return of the Russians to the JCCC.

Read alsoRussia's withdrawal from JCCC heightens environmental risks in Donbas – UK FCOAs UNIAN reported earlier, the Russian defense ministry announced on December 18 that Moscow was terminating its representation in the JCCC. The Russian officers were to leave Ukraine on December 19 because of the supposedly "tense moral and psychological situation" and "disrespectful attitude of Ukrainian servicemen" toward them.

The Ministry of Foreign Affairs of Ukraine noted that Russia's decision to withdraw from the JCCC significantly undermined the Minsk agreements.

The General Staff stressed that the Russian Federation's statements about the Ukrainian officers' allegedly disrespectful attitude toward their Russian counterparts in the JCCC were false.

The OSCE Special Monitoring Mission has stated that the JCCC plays an important role in the implementation of the Minsk agreements and ensuring the safety of the mission's observers.

The OSCE SMM also said that the JCCC positions freed by the Russian officers had been taken by Donbas militants.

German Chancellor Angela Merkel and Russian President Vladimir Putin spoke on the telephone on Thursday, December 21, about the conflict in eastern Ukraine and agreed on a plan to return Russian ceasefire observers to the area.

If you see a spelling error on our site, select it and press Ctrl+Enter
Tags:RussiaDonbasUkraineKremlinJCCC