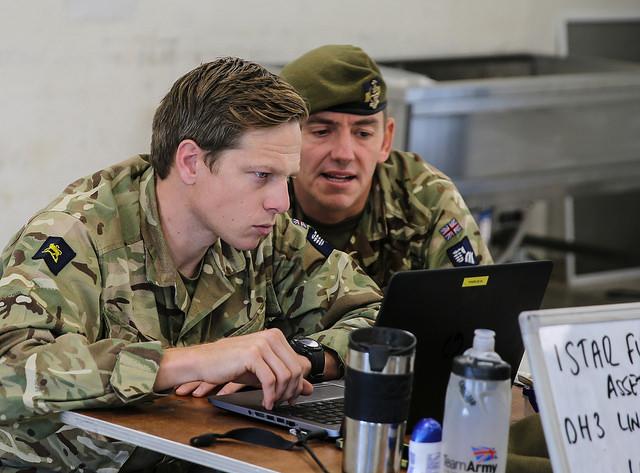 Military sources told the Sunday Times that the only other way of hitting Russia back would be to use nuclear weapons, according to Business Insider.

But cyber weapons reportedly give Britain the best chance of deterring Russia because the West no longer has small battlefield nuclear weapons.

The Sunday Times reported that the test to "turn out the lights" in Moscow - which will give Britain more time to act in the event of war - happened during the UK's biggest military exercise for a decade.

A combination photograph shows the lights of the St. Basil's Cathedral before (L) and after they were switched off for Earth Hour in Red Square in central Moscow, Russia, March 19, 2016.

Sources told the Sunday Times that in a series of mock battles, the Household Cavalry played the role of an enemy using Russian T-72 tanks.

Britain-Russia tensions are being tested at the moment over the fate of two Russian military intelligence (GRU) agents who Britain accused of poisoning former Russian spy Sergei Skripal and his daughter Yulia in March this year, and over accusations that Russia is behind a host of global cyberattacks.

On Thursday, British and Dutch intelligence exposed an operation by the GRU to hijack the investigation into the assassination plot against the Skripals.

If you see a spelling error on our site, select it and press Ctrl+Enter
Tags: #Russia#drills#Britain#MH17#deterrence#blackout#GRU#exercises#cyberattacks#response#Skripal
Latest news