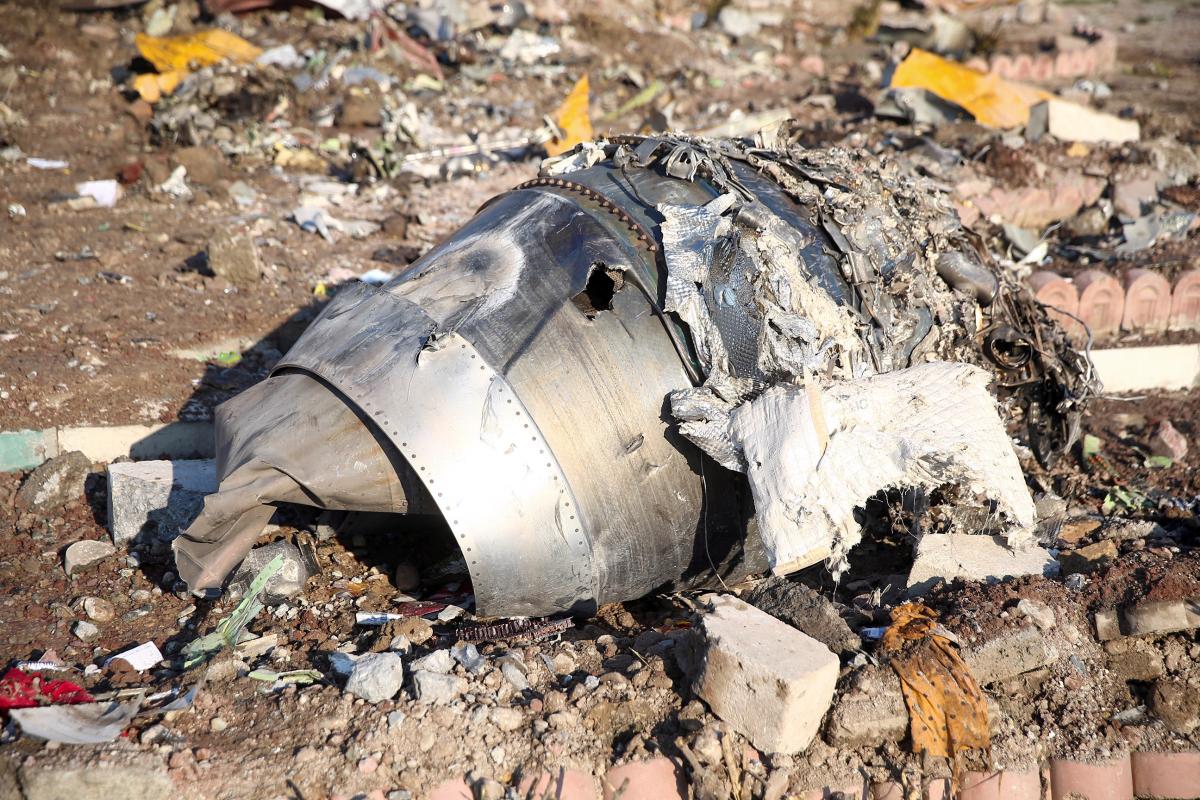 The engine malfunction version cannot be confirmed, a Ukrainian journalist Yuriy Butusov said with reference to his source in the team.

"At present, our group has arrived at the site where the fragments of the aircraft are being transported. It is an open area where everything found in the area is being taken.

"Currently, I am observing both aircraft engines – and I don't see any traces of fire on them. Fragments of the right wing were brought here, too – there are also no traces of fire on them, so the version of engine malfunction, engine explosion, can't be confirmed at the moment. The plane was on fire, but the version of engine malfunction is not being confirmed," the source said.

He has added that Iranian officials provided preliminary information they had gathered. The plane took off at 06:13, but after five minutes into the flight, at an altitude of 2,400 meters, the plane began to descend, caught fire, and then crashed.

"According to Iranian flight control dispatchers, no messages were received from the aircraft crew. The plane allegedly turned back toward the airport, but we don't understand yet whether this U-turn was deliberate or already uncontrolled," he said.

At the same time, the Ukrainians have not seen air traffic control radar data. There is no information on objects that could be flying near the Boeing and collide with it, or if there was a missile launch. This information is yet to be provided to Ukrainians.

According to the source, the Iranians are fully cooperating in the investigation.

"The Iranians don't seem to be going to keep any info from anyone, they are going to provide access to the investigation and decryption of black box flight recorders to all parties, including Americans, aircraft manufacturers, as well as all countries whose citizens died, in accordance with the Chicago Convention... Iranians demonstrate normal dialogue, there are no signals that they intentionally seek to hide any information, so far everything is right and transparent enough," he said.

Butusov, in turn, suggests a fire could break in the cabin.

"The absence of any communications with the dispatcher and the absence of fire in the engines suggests that the version of a terrorist attack, a collision with a drone, or an anti-aircraft missile explosion is very likely," the journalist alleged.