The Iranian film-maker Mohsen Makhmalbaf has added his voice to international protests over the plight of Oleh Sentsov, the Ukrainian director serving a 20-year jail sentence after being convicted on terrorism charges in Russia, by dedicating his acceptance of the prestigious Robert Bresson prize at the Venice film festival to the jailed film-maker, according to the Guardian. 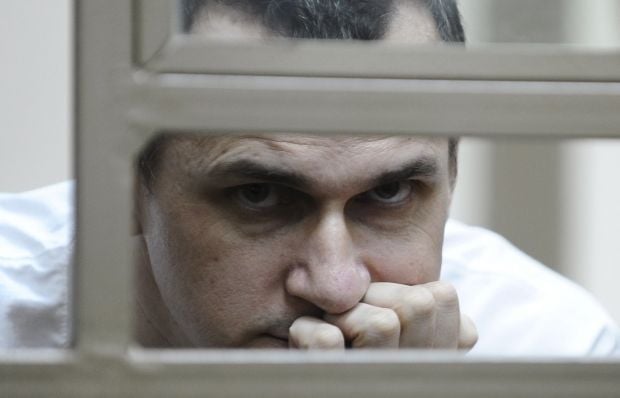 “No national revival is possible on the basis of lies and propaganda … the way to a better future can start only with an act of magnanimity, mercy, and understanding. Oleg Sentsov should make new films, not count years in prison,” said Makhmalbaf in his acceptance statement, the Guardian reports.

The acclaimed director of such films as Gabbeh, Kandahar and most recently The President described Sentsov’s conviction as a “major injustice” and branded the sentencing “outrageous”.

Makhmalbaf said: “The Russian government feels it needs to spread fear among its society to achieve its goal without facing much public protest. To increase the effect of their tactics they needed a famous victim which would set an example for the rest of the society. They chose the film-maker Sentsov as that victim.”

He added: “This move is designed to scare everyone and eliminate the possibility of any further protest [against the annexation of Crimea]. But the Russian government’s goal is not limited to taking over Crimea; the Sentsov sentence is a move to intimidate all Russian society, especially the intellectuals and artists.

“Oleg Sentsov is the true example of a real film-maker. We should all be like him. If you cannot be as brave as him, the least anyone can do is not to forget him during his imprisonment.”

Makhmalbaf himself has suffered considerable harassment and persecution in his home country, and was finally forced into exile in 2005. He is currently based in London.

In particular, the citizens were charged with plotting a terrorist attack in annexed Crimea. One of the key witnesses in the case Hennadiy Afanasiev refused to testify against the Ukrainian director and said that he had given them under pressure.

Sentsov has spoken up in a court hearing of torture by FSB officials during interrogations.