Syrian military use new Russian jets to strike IS

Syrian government forces used newly arrived Russian warplanes to bombard Islamic State fighters in Aleppo province in northern Syria, a group monitoring the conflict said on Thursday, in an attempt to break a siege on a nearby air base, Reuters reports. 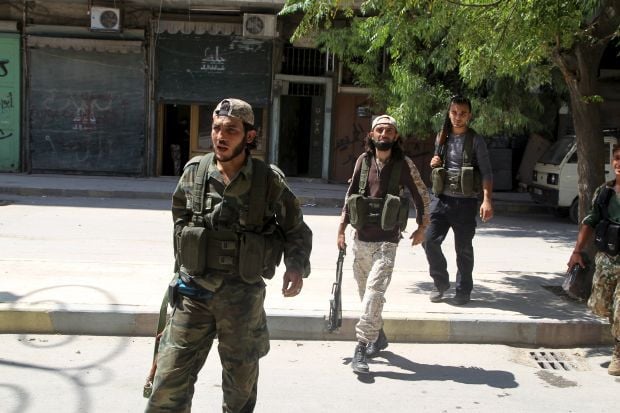 The air strikes, which began earlier this week, were accompanied by ground attacks near the Kweiris air base in the east of Aleppo province, where government troops have long been surrounded by militants, the Britain-based Syrian Observatory for Human Rights said, according to Reuters.

The Russian jets arrived only "recently" in Syria but were being flown by Syrian pilots, said the Observatory, which tracks the war via a network of sources on the ground.

Many Western countries have reacted with alarm to Moscow's increased military support for President Bashar al-Assad, whom they oppose. But the rise of a common enemy, Islamic State, has rendered divisions less clear.

The United States has launched its own aerial campaign against the militants in Syria and Iraq. Stronger Russian involvement in Syria means the former Cold War foes' forces could encounter each other as they battle the same enemy.

Russia says Assad should be part of international efforts to fight Islamic State, while the United States believes he is part of the problem.