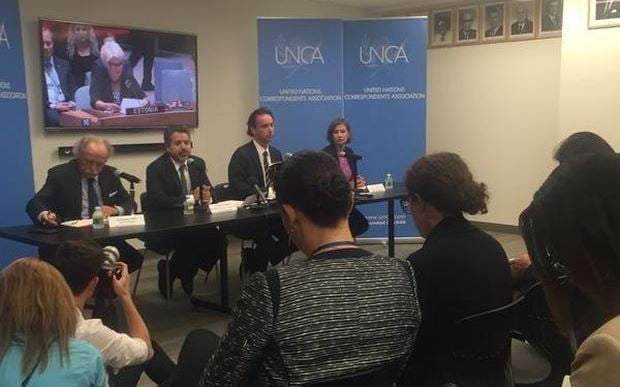 It is also noted that civilians in Syria must be protected before a potilitcal resolution is reached.

“Protection of Syria civilians is necessary before there can be a political track,” said Khaled Khoja according to Afshar.

Protection of #Syria civilians is necessary before there can be a political track - Pres of opposition @Khaledkhojapic.twitter.com/L8bb81UWed

In early September, media reported that the Russian troops were already participating in fighting on the side of Syrian President’s forces.

On September 30, Russia conducted its first airstrike in Syria. However it was reported that the Russian bombers attacked Syrian opposition forces instead of Islamic State.

Russia claims that the use of its Air Force is needed to support Bashar al-Assad’s army in a fight against the Islamic State.