U.S. Navy boosts presence in Mediterranean ahead of NATO summit

The U.S. military will have two aircraft carriers in the Mediterranean Sea this month ahead of a NATO summit in Warsaw as Washington seeks to balance Russian military activities and accelerate its fight against Islamic State, according to Reuters. 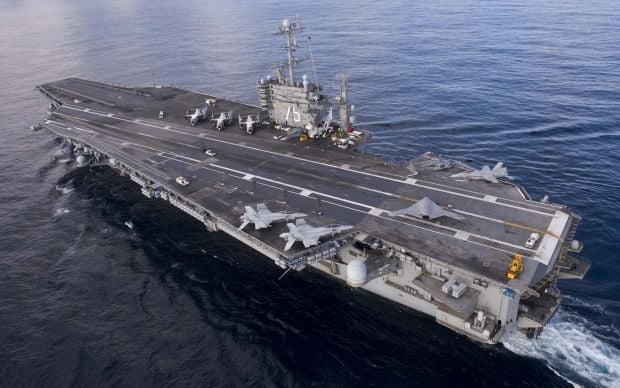 The USS Harry S. Truman aircraft carrier will hand off to the USS Dwight D. Eisenhower when it arrives en route to the Gulf, allowing the Truman to head back to the United States after an extended eight-month deployment, Navy officials on board the Truman said, Reuters reported.

The move coincides with NATO military exercises across eastern Europe and Turkey that may raise tensions with Russia. U.S. officials say Russia is operating warships and submarines in the Mediterranean and plans its own exercises in coming weeks.

Kremlin spokesman Dmitry Peskov said on Tuesday the NATO exercises did not contribute to an atmosphere of trust and security.

As UNIAN reported earlier, guided missile destroyer USS Porter (DDG-78) entered the Black Sea on Tuesday, as part of the U.S. and NATO’s presence mission in the region.