Rights of Ukrainians violated in Crimea: UK envoy to UN

They are being denied access to basic services because they would not change their citizenship. 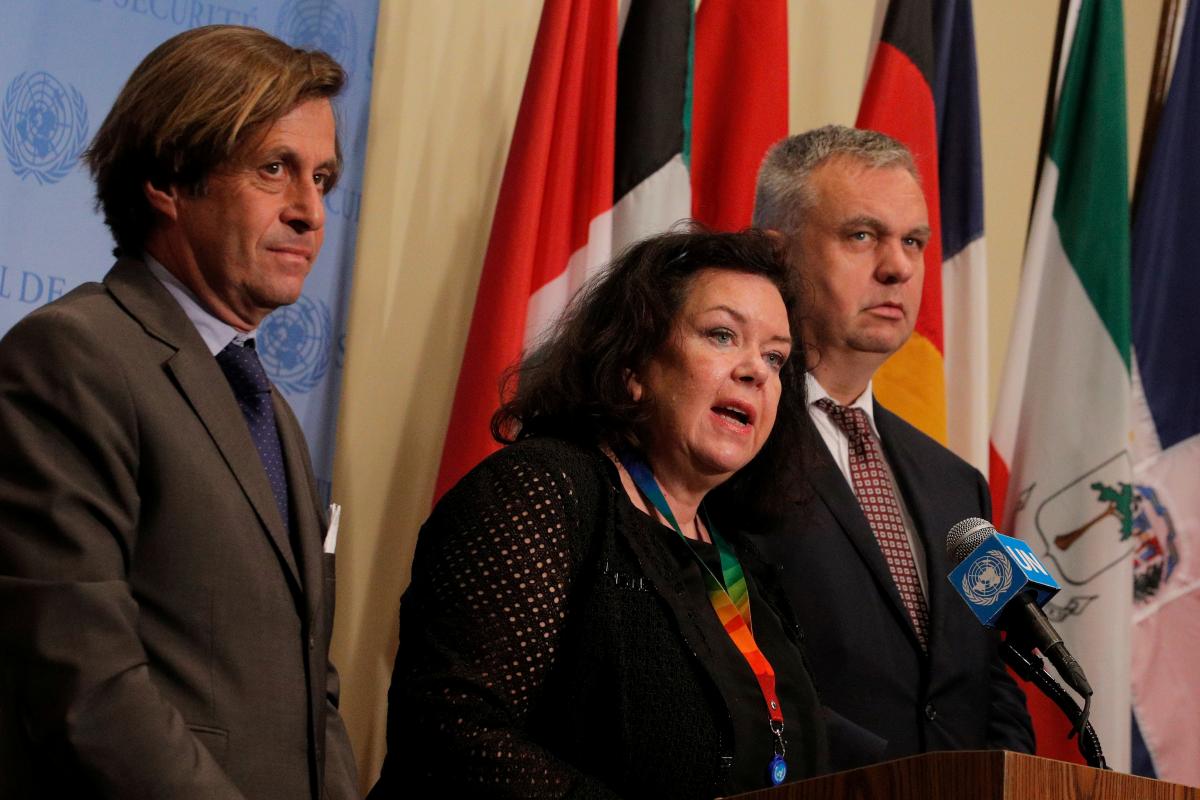 Rights of Ukrainian nationals are being violated in the Russian-occupied Crimea, Karen Pierce, UK Permanent Representative to the UN, has said.

Speaking at the Security Council briefing on the promotion and strengthening of the rule of law in the maintenance of international peace and security held on Tuesday, Pierce stressed that "citizens in Crimea have been denied access to basic services because they would not change their citizenship", which is contrary to international humanitarian law.

In her speech, the ambassador reiterated the British government's position of non-recognition of Russia's illegal annexation of the Crimean peninsula by noting that Crimea is part of Ukraine.

As UNIAN reported earlier, occupation security forces in the illegally annexed Crimea from year-start conducted 73 raids, 69 detentions, and 67 arrests in the occupied Crimea, according to a report by Crimean Tatar Resource Center.

According to the rights watchdog, a right to a fair trial was violated 381 times (261 in relation to the Crimean Tatar population) in 2019.

At the same time, occupation authorities in Crimea seek to have Moscow negotiate with Kyiv on resuming water supplies to the peninsula from mainland Ukraine via the North Crimean Canal.

At the same time, Crimean Tatar Mejlis leader Refat Chubarov stressed inadmissibility of such talks, noting that Ukraine should use its natural resources for the sake of de-occupation of Crimea.

Ukrainian president's envoy for Crimea underlined the fact that Ukraine had every right to block the Canal following Russia's occupation of Crimea.

"In general, it is the occupying state that should be responsible for providing the occupied territories with all necessary resources. Therefore, all its claims regarding the Dnipro water have no legal basis or recognition in the international law," the official said.

If you see a spelling error on our site, select it and press Ctrl+Enter
Tags:RussiaCrimeaUnitedNationsUnitedKingdomcitizenshipUkrainiansserviceshumanrightsaccess