Arakhamia says his words were "taken out of context". 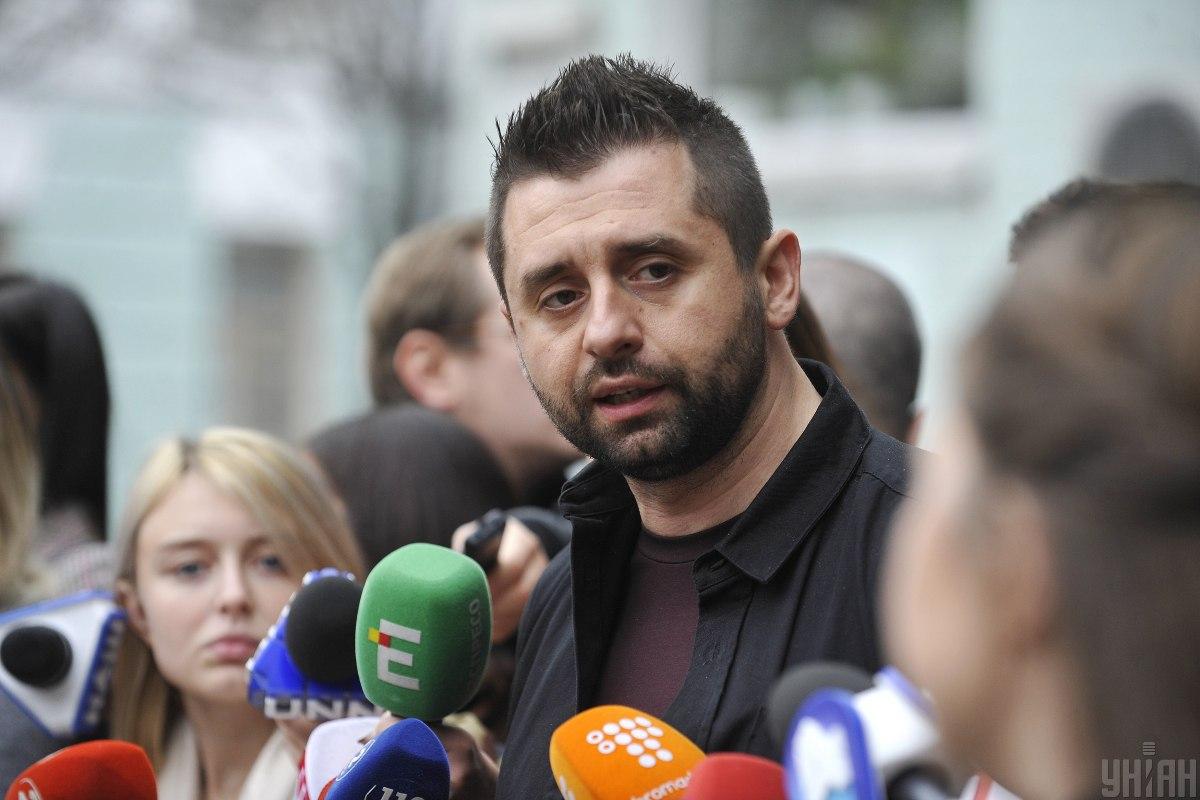 Chairman of Ukraine Parliament's leading Servant of the People faction, David Arakhamia on Wednesday apologized to Ukrainians for his words regarding possible resumption of freshwater supplies to the Russian-occupied Crimean peninsula in exchange for the withdrawal of Russian troops from Donbas.

The words he said at a TV panel show were "taken out of context", the MP claimed following massive outrage his statement caused among Ukrainians.

These words "made a lot of noise, and today we're forced to make excuses for what was never there," he wrote on Facebook.

Arakhamia says the faction never raised the issue of restoring water supply to the occupied Crimea. "Our position has been and remains unhindered – the Autonomous Republic of Crimea is an illegally annexed part of Ukraine, the restoration of sovereignty over which we will seek by all legal means," Arakhamia emphasized.

However, he noted that he never authored the idea of ​​resuming water supplies to the peninsula in exchange for the withdrawal of Russian troops from the occupied part of Donbas.

"If you carefully watch the show, you will see that it was the moderator who voiced such an option, then inquiring my personal opinion on the issue," Arakhamia emphasized.

He believes that the question was worded as if there are no alternatives. "And I replied that I would consider this a sufficient compromise. And I repeated three times that this was my personal position," the head of the Servant of the People faction emphasized.

"The issue of compromises is, in fact, very difficult for our society. Some believe that it is better to have water flowing than to see soldiers' blood shedding. Some strongly disagree with this. But we all definitely agree that we want a better future for our country, but not at the expense of concessions on the issue of sovereignty and territorial integrity," he added.

Arakhamia underlined serious legal and diplomatic content behind such an allegedly simple question as water supplies.

"And you can't address the issue within 30 seconds at a talk show. And let it be a lesson for me for the future," he said.

"I'd like to apologize to the citizens of Ukraine, IDPs, Crimeans, whom my words may have insulted, even though they were taken out of the general context and actually were an interpretation of assumptions I had never voiced," added Arakhamia.

"I grew up in Mykolayiv; Crimeans are our neighbors. I love Crimea very much, and we will never allow any form of legalization of the illegal annexation of our territories. Crimea was, is, and will be a part of Ukraine," the faction chair summed up.

According to UNIAN, David Arahamia, while speaking at a TV panel show, suggested he would agree to a compromise regarding the resumption of water supply to the occupied Crimea. The host asked Arakhamia what his position would be if the situation arose where Russian President Vladimir Putin offered to make concessions regarding Donbas in exchange for Ukraine resuming water supplies to the annexed Crimea.

"If you bring water to Crimea, while getting a great advantage in the negotiations on Donbass, my personal position is that I'll consider this a sufficient compromise. I would go for it because it's Ukrainian citizens who will be using water in Crimea," Arakhamia said.

The newly-appointed Head of the Presidential Office, Andriy Yermak, said this statement was Arakhamia's "personal opinion".

As UNIAN reported earlier, Chairman of the Mejlis of the Crimean Tatar People, former Member of Parliament of Ukraine Refat Chubarov said he considered it unacceptable to discuss the possibility of ensuring Donbas settlement at the expense of Crimea.

"Who is Arakhamia to trade our territory!? If someone in the government thinks it is possible to surrender the whole people of the Crimean Tatars, surrender the Ukrainians who are 500,000 there [in Crimea]… We must not allow the state to sell us for water, for any combination involving Donbas," Chubarov told TV channel UA:Crimea.

Earlier, Ukrainian President Volodymyr Zelensky's permanent envoy for the Autonomous Republic of Crimea Anton Korinevych assured the resumption of water supply on to the peninsula through the North Crimean Canal was ruled out until the end of its occupation.

UNIAN memo. Water coming from the Dnipro River in mainland Ukraine through the North Crimean Canal provided up to 85% of the peninsula needs. After the occupation of Crimea by Russia in the spring of 2014, the supply of water through the canal was stopped by the decision of the Ukrainian authorities.

Water reserves in Crimea are replenished from natural runoff reservoirs and underground sources. At the same time, ecologists pay attention to the fact that regular use of water from underground sources led to soil salinization there. Crimea's occupying authorities regularly urge local residents to save water on the peninsula.

If you see a spelling error on our site, select it and press Ctrl+Enter
Tags:CrimeaDonbasannexationwatersupplyoccupiedCrimeaArakhamia