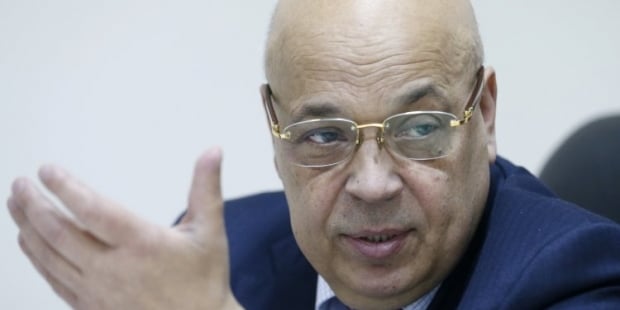 "The appointment will take place in the coming days, until the end of the week," a source said.

"Talks about his appointment took place on Tuesday," the source added.

A source in the Presidential Administration said that the reshuffle would involve not only the region's governor, therefore "it takes time."

Asked about whether Ukrainian President Petro Poroshenko and Moskal were going to visit Zakarpattia region on Wednesday, the source said that "such a visit is unlikely to take place on this very day."

At the same time, asked about whether there were nominees for Luhansk region's head, the two sources said that there was no final candidate yet.

Mukachevo.net, which was among the first to report about a Mukacheve shooting accident involving the Right Sector, has already announced that Moskal will be appointed governor of Zakarpattia region on Wednesday.

Moskal has already headed Zakarpattia Regional State Administration before. It was in 2001-2002.

"Most of Ukrainians know him for his sayings and swearing," the local news portal wrote.

As UNIAN reported earlier, Secretary of the National Security and Defense Council Oleksandr Turchynov stressed the need to drastically reshuffle the authorities of Zakarpattia after a recent shooting incident in the western Ukrainian town of Mukacheve.

"We need a serious reshuffle in the region, both in the law enforcement and administrative sectors. The parliament needs to finally vote for stripping lawmakers and judges of immunity. We must purge the country of criminals and corrupt officials in the end," Turchynov wrote on Facebook.

Ukrainian Prime Minister Arseniy Yatsenyuk instructed Head of the State Fiscal Service of Ukraine Roman Nasirov to dismiss all the officers of the Zakarpattia customs service – from senior officials to ordinary personnel.

Yatsenyuk also instructed the Interior Ministry to investigate the facts of smuggling and abuse at the Zakarpattia customs houses and initiate criminal proceedings based on the results of the investigation.