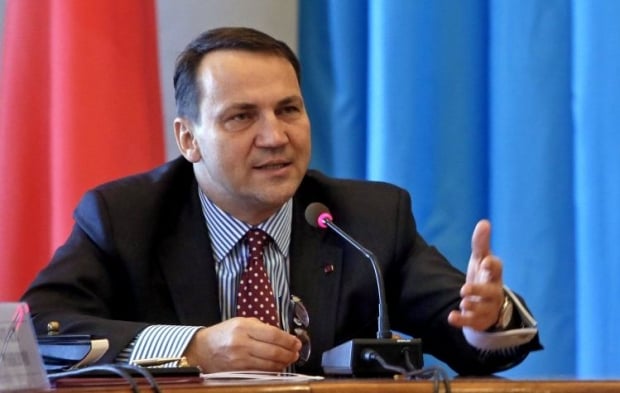 "As the Minsk ceasefire agreement stalls and fighting continues in eastern Ukraine, we are back to where we started a decade ago. The leaders of Russia, China and the U.S. will listen to the leaders of the largest EU states, but are not at all inclined to act on what they hear. And if they want to call "Europe" it is still not clear which number they should ring," he wrote.

According to Sikorski, the establishment of the office of EU council president, its highest interlocutor with the rest of the world — now held by Donald Tusk — as well as an office of high representative for foreign policy, are intended to aggregate the interests of the member states, to direct EU diplomacy and to conduct our foreign policy on those issues where we reach consensus. Jointly, they are supposed to represent the interests of the EU as a whole.

But more recently, some EU member states have reverted to the status quo ante, and taken center stage in the crises in our southern and eastern neighborhoods. Whether on Syria, the Israel-Palestine conflict, Libya or refugees, member states are more visible than the EU, despite the efforts of Federica Mogherini, the foreign policy chief.

"On Ukraine, the EU is not even at the negotiating table. Instead, Germany and France — neither of whom shares a border with Ukraine — have taken it upon themselves to manage Russian aggression, with only partial success," Sikorski said.

The reasons are clear. The financial crisis has undermined the EU’s clout and shown that member states are the ultimate paymasters and therefore ultimate decision makers. However, what was unavoidable in the resolution of the eurozone crisis makes no sense in foreign policy. Russia is using the divisions inside Europe to create disunity, making a special effort to engage states that have little stake, individually, in the EU’s influence spreading east.

Case by case, member states should calculate whether a given issue is better resolved by them alone, or by the EU as a whole. And if they decide upon the latter, then they had better get behind European policy no matter what the domestic pressures. Germany, in particular, should be pleased by this principle. The Greek crisis has proved that if you take center stage, you also get most of the blame. If Ukraine goes wrong, Germany will be blamed for that, too.

"While the U.S. as the world’s sole military hyperpower cannot lead from behind, Europe’s nation states should do exactly that, and lead behind their jointly chosen leaders. We should go back to basics and empower our president and our high representative to do their jobs. Only then will we be able to evaluate their accomplishments," he said.