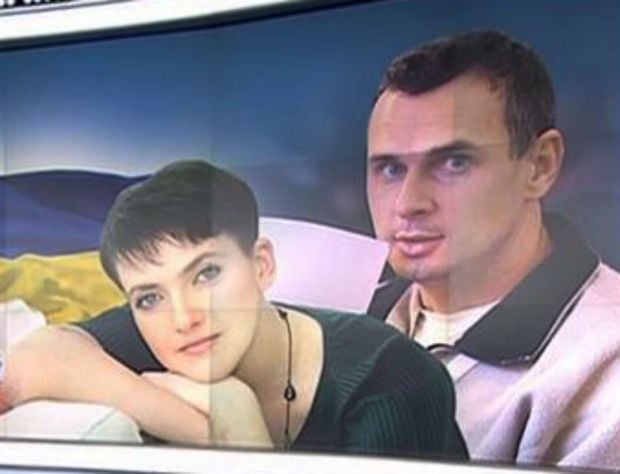 "I will not deal with the interpretation of the signals of the Russian Justice Ministry. I believe that we must do everything in order to release Nadia Savchenko, Oleh Sentsov, all political prisoners," Klimkin said, commenting on a Wednesday statement by Russian Justice Minister Alexander Konovalov, who did not rule out the possibility of a legal exchange through diplomatic channels.

"If it is necessary to go through the negotiations on the exchange, we certainly will look into this opportunity," said Klimkin.

According to the Ukrainian Foreign Minister, any such steps should be taken after the "Ukrainian courts issue rulings regarding the Russian troops."

"First goes the legal side, and only then -  all possible steps," he said.

"We should discuss it, but only on a clear legal basis," Klimkin said.

According to Klimkin, 11 Ukrainian political prisoners are being kept in Russia.

He said that the Foreign Ministry was making efforts for the release of Nadia Savchenko and Oleh Sentsov, as well as other Ukrainian citizens, who remain in captivity in Russia.

As UNIAN reported earlier, Chairman of the Investigative Committee of the Russian Federation Alexander Bastrykin claimed the extension of Russia's "universal jurisdiction" to the southeast of Ukraine and justification of "criminal prosecution" of top political and military leadership of Ukraine.