Poroshenko: Amendments to Ukraine’s electoral legislation to be presented in Minsk today

President of Ukraine Petro Poroshenko said Russia disrupts implementation of Minsk agreements; he also added that the Ukrainian side will present at a today’s meeting of the Tripartite Liaison Group in Minsk the amendments to the electoral legislation, according to an UNIAN correspondent reporting from a meeting with media set up following Poroshenko’s talks with Latvian President Raimonds Vejonis, who is on an official visit to Kyiv. 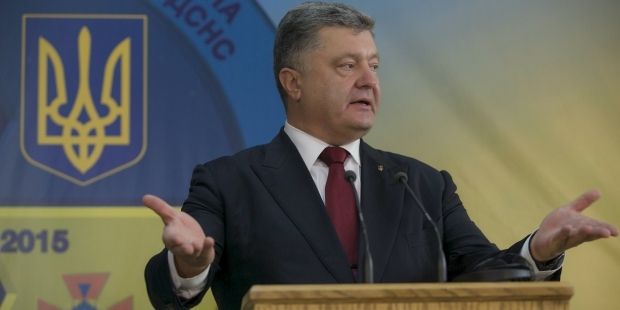 "Today in Minsk, our representatives will present the concept of electoral legislation and the amendments that we have agreed to develop together at a Normandy Four meeting.  At the same time, the Russian side is actually disrupting the implementation of Minsk agreements today," said Poroshenko.

As UNIAN reported earlier, on October 2, Paris hosted a meeting of the leaders of Ukraine, France, Germany, and Russia on the situation in the Donbas.

Following the meeting, Ukrainian President Petro Poroshenko said that the participants emphasized the inadmissibility of sham elections on October 18 and November 1 in militant-occupied areas of Donbas, and agreed that such elections must be held only according to the Ukrainian legislation.

In turn, French President Francois Hollande said, the parties agreed that a “separate law” would be enacted to provide for holding of local elections in the so-called "DPR" and "LPR."

The “DPR” and “LPR” militants agreed to postpone the "elections" from October 18 and November 1 until February 21, 2016. However, they put forward a number of specific conditions of Ukraine.

On October 25, local elections were held in Ukraine, with the exception of the occupied parts of Donbas and Crimea.