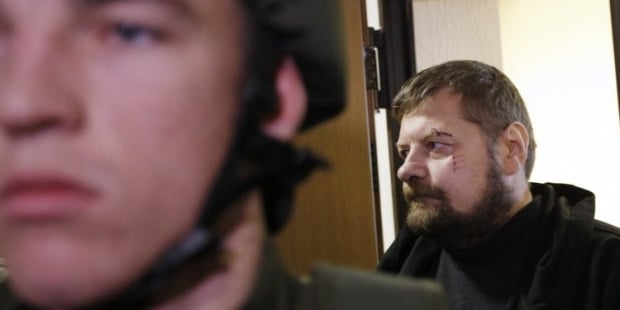 "On October 7, being held in the SBU’s detention facility, suffering an internal bleeding and fainting, I was deprived of any medical care. Deliberately bringing me to such a grave condition, the PGO investigators offered me that I give evidence in my case, that confess in doing something I haven’t done, in exchange for help. They also demanded from me to testify against the leader of the Radical Party, Oleh Lyashko, MP from the Radiacl Party Andriy Lozoviy and Hennadiy Korban, leader of UKROP Party, who is now arrested," reads the statement.

Read alsoSBU arrests MP Mosiychuk in Parliament (Photo)Mosiychuk emphasizes that although he agreed "to incriminate himself," he has not signed a single document on the subject.

"This testimony was at the moment my sole opportunity to survive. But I couldn’t slander my friends even under threat of death. PGo pulled not a single word out of me against Lyashko, Lozoviy, Korban or someone else," said the deputy.

As UNIAN reported earlier, the MP from the Radical Party, Ihor Mosiychuk, pleaded guilty to receiving illegal benefits, according to a PGO investigator.