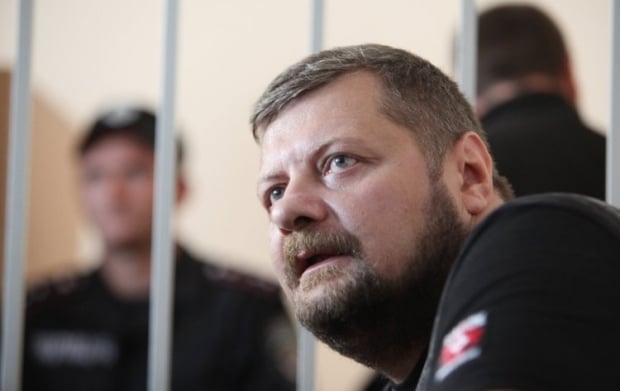 Mosiychuk has pleaded guilty to receiving illegal benefits, according to PGO investigator / Photo from UNIAN

"The Prosecutor General's Office (PGO) carried out a number of examinations of a video presented in the Verkhovna Rada and obtained Mosiychuk's confession," the investigator said.

As UNIAN reported earlier, on September 17, the Verkhovna Rada agreed to prosecute, detain and arrest MP Mosiychuk, as was requested by the Prosecutor General's Office

On September 18, Kyiv's Pechersk district court ruled that MP from the Radical Party Ihor Mosiychuk should be remanded in custody, having thus satisfied a motion filed by the Prosecutor General's Office. His lawyers appealed the decision, but the Kyiv Court of Appeals left Mosiychuk in custody.

Read alsoPoroshenko on Korban case: Ukraine should hear new names being made liableOn October 23, the PGO said it had completed pre-trial investigation in criminal proceedings against Mosiychuk.