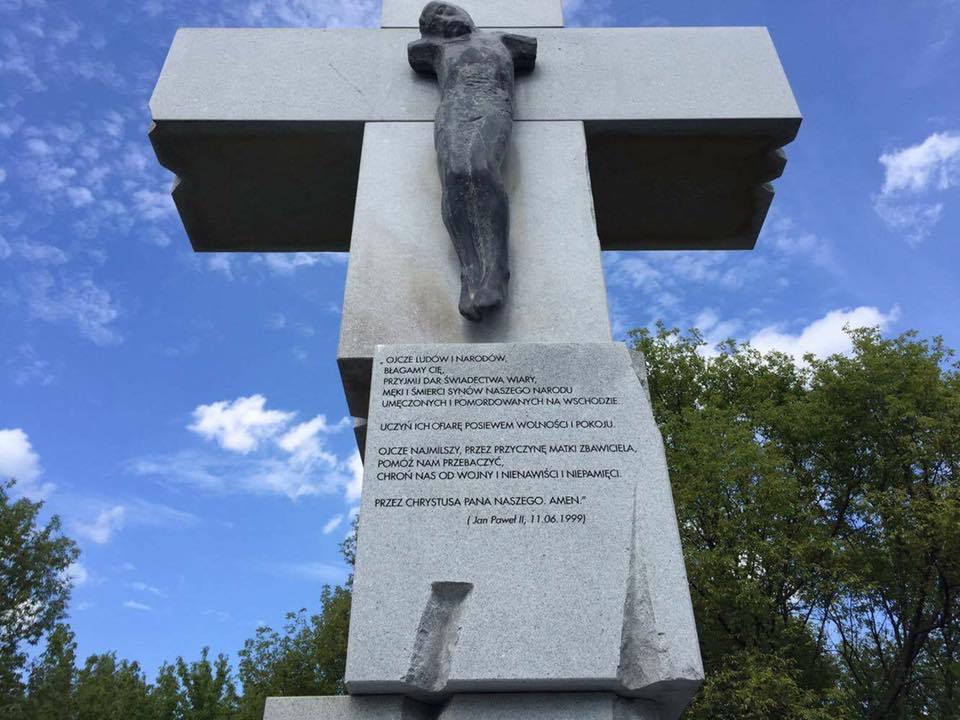 Read alsoUkraine, Poland sign agreement on military technical cooperationHowever, according to the Polish official, this should not cover up the role of Russia in fomenting inter-ethnic conflict, which Polish politicians want to officially recognize as genocide.

"It's obvious [overestimating the negative role of Ukrainians in Volyn tragedy by Russian propaganda] ... However, this should not prevent us from seeing ... that the real enemy, the one who used part of Ukrainian nationalist forces for that terrible crime of genocide, is Russia,” said the Polish defense minister.

“The source of this terrible crime is there," Macierewicz said.

Read alsoPolish Def. Minister: Deployment of NATO forces in Poland to halt Russia's aggressive intentions As UNIAN reported earlier, on July 8, the Polish Senate called for recognizing the Volyn tragedy a genocide, "committed by the Ukrainian nationalists against the citizens of the Second Polish Republic."

The Ministry of Foreign Affairs of Ukraine has stated that it "drafts a response" to such news stressing the "importance and sensitivity of the issue. "During a recent visit to Warsaw, Petro Poroshenko laid flowers at the monument to the victims of the Volyn tragedy, kneeling on his knee in front of the monument. Until this moment, no Ukrainian high-ranking officials ever visited the site with the monument during their Warsaw trips.