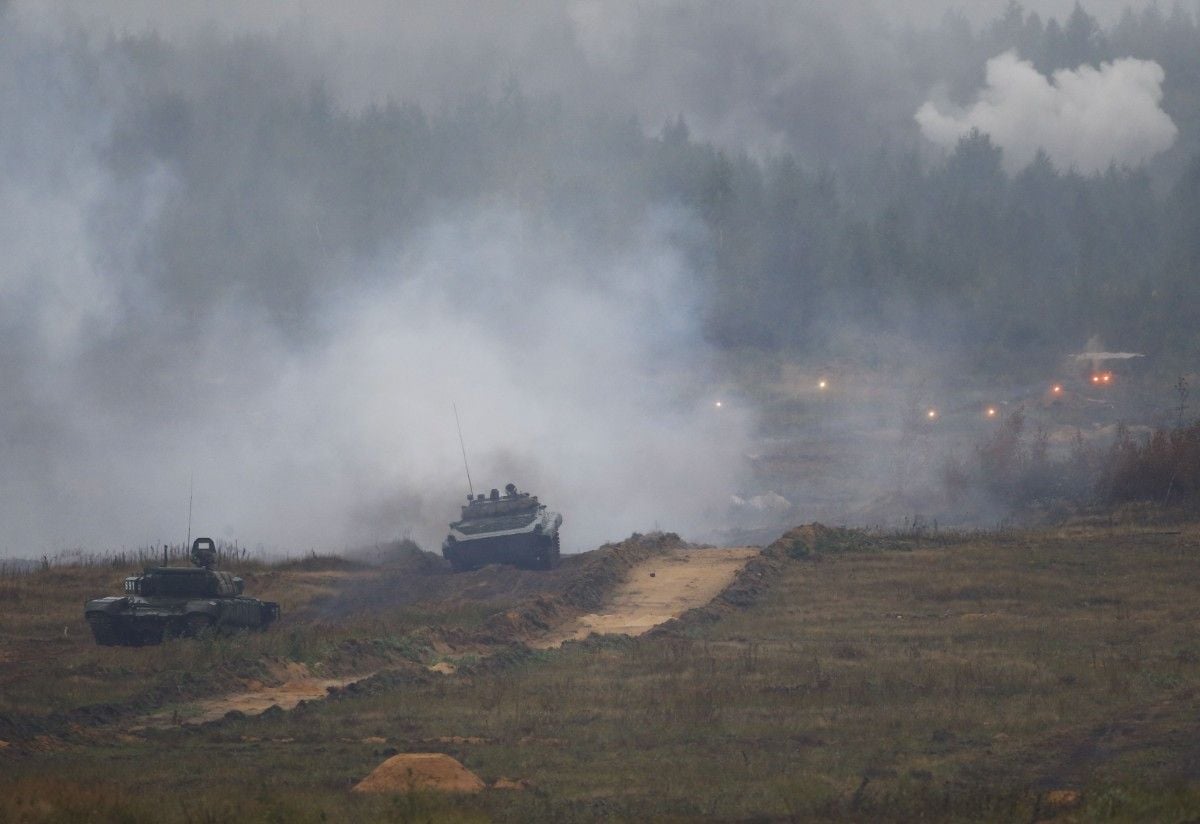 Muzhenko told Reuters Russia had withdrawn only a few units from Belarus and lied about how many of its soldiers were there in the first place.

His comments could increase tension between the two neighbors and contradict the Belarusian defense ministry spokesman, who said the last train of Russian troops and equipment had left Belarus on Thursday.

Russia’s defense ministry did not respond to an immediate request for comment.

The Zapad wargames, held by Russian and Belarussian troops on territory in both countries in September, are a new source of concern for neighboring Ukraine and NATO member states on Europe’s eastern flank.

Read alsoUkrainian observers on Zapad-2017 drills: Russian troops practiced offensive“I wouldn’t say that the tension has lessened. We can say tension is building up or rising,” he said.

“We had information that they had withdrawn only a few units of the declared 12,500 troops, of which 3,000 were Russians, but there were significantly more of them there.”

Muzhenko said the Russians had withdrawn air units from Belarus to make a show of leaving.

“Russia demonstrated, and it was primarily a demonstration, the return of aviation units -- they took off from the airfields and flew to airfields in Russia. But we understand that 300-400 km for aviation is a distance that can be overcome in a very short time,” he said.

Muzhenko says Ukraine is still outgunned in terms of its air defense capabilities in the Donbas war and needs air reconnaissance and anti-missile systems.

Read alsoKremlin reacts to U.S. Senate’s move to approve lethal aid to Ukraine“We expect the corresponding decision because all negotiations are over and the relevant issues have been agreed -- on the list and types of weapons -- and we expect only the political decisions of our partner countries,” he said.

If you see a spelling error on our site, select it and press Ctrl+Enter
Tags:RussiaUkraineUSABelaruslethalaidMuzhenkowithdrawalZapad2017