The win brings the Ukrainian club into the tournament's playoffs. 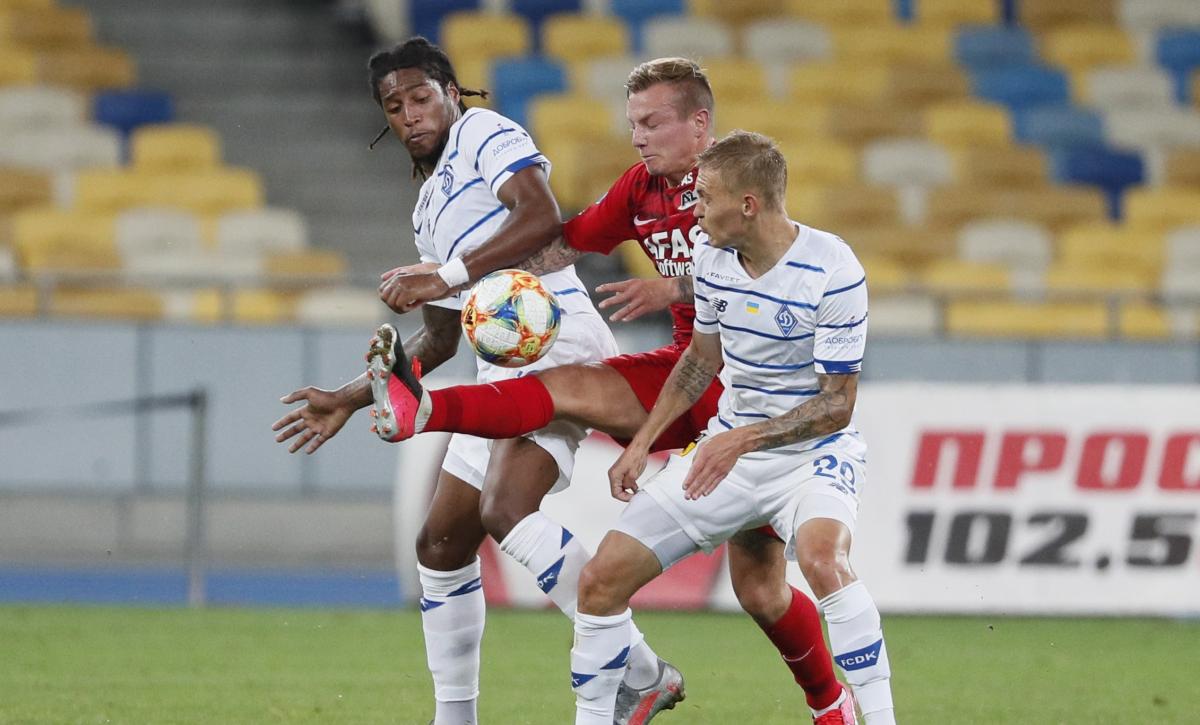 FC Dynamo Kyiv on September 15 sealed a comfortable 2:0 win against the Dutch AZ Alkmaar in the Champions League third qualifying round.

The squad led by a Romanian star manager Mircea Lucescu hosted the match at the NSC Olimpiyskyi in Kyiv.

Dynamo stuck to counterattacking tactics almost throughout the game, whose first half saw no goals.

On 49th, Luxembourg's Gerson Rodriguez cracked an opener into the top corner, while Mykola Shaparenko made it 2:0 on 86th with an elegant header after a right-wing cross and the Dutch goalie's clumsy touch on the ball.

Read alsoFootball fans to be allowed on stands for int'l matches in Ukraine, with one conditionLuck was not on AZ's side when the visiting team hit the crossbar twice during a massive attack in the game's final minutes.

The Kyiv team will face Belgium's Gent in the playoff stage.

Video recap of the match