Over the past 12 months, the Russian armed forces have crossed into Ukraine four times, engaging in fight against the Ukrainian troops, according to Ukraine’s Zerkalo Nedeli citing the Italian Corrierre della Serra newspaper. 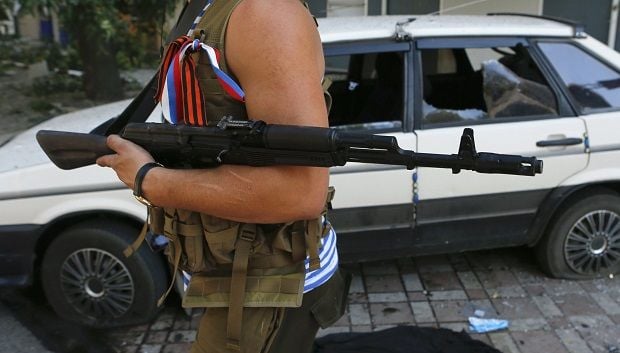 "Each time it was a targeted operation, which involved some 3,000 troops from the special forces,” an unnamed Russian official close to the country’s military commanders told Corriere della Serra.

For the first time this happened in August, 2014, when the Ukrainian Army had made great strides in their fight against the pro-Russian terrorists. Then the Russian army invaded and engaged in combat against the Ukrainian forces near Ilovaisk.

The second time, Russian troops illegally crossed the Ukrainian border in 2014, but were not involved in fighting. "It was a preventive presence, not to allow the Kyiv forces to disrupt ‘elections’ in the occupied territories," said the Russian official.

Then, in January of this year, Russian troops were once again ordered to invade Ukraine, while negotiations continued in Minsk. That time the Russian army struck the Ukrainian positions in Debaltseve. The battle was fierce, but the Ukrainian troops were forced to retreat.

Last month was the last time the Russian army invaded Ukraine. But, again, this time there were no direct clashes with the Ukrainian forces. "In August, Kyiv massed up some 90,000 troops and was ready to go on the offensive. We had no choice. But our presence worked as a deterrent. German Chancellor Angela Merkel also pressured Petro Poroshenko, persuading him to abandon the offensive, as it could have resulted in great number of casualties," the publication cited the unnamed source.

The source also said that there are nearly 60,000 militants in the so-called "DPR" and "LPR," with two-thirds of them – locals. 10,000 terrorists are citizens from other regions of Ukraine, and another 9,000 are the Russian military.