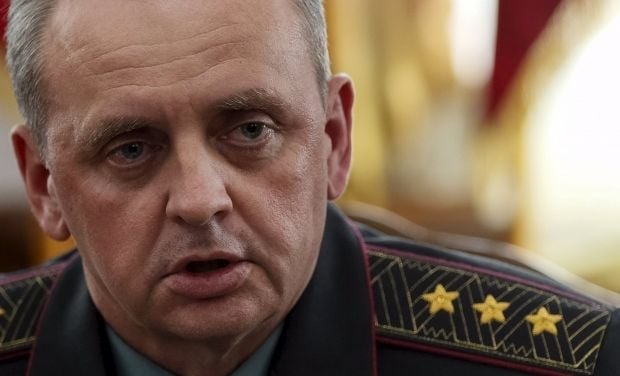 "I don't believe Russians will withdraw their troops, hand over control of the border, or allow free elections in Donbas, no, absolutely not. I can only assess what is happening at the moment and there is currently little evidence of movement on any of these fronts," he said in an interview with Oliver Carroll for The Independent.

Colonel-General Muzhenko confirmed that while a ceasefire has largely held since August 29, reconnaissance groups have remained active along the front lines. A significant enemy military presence – "more than 40,000" – remains inside the separatist enclaves, he said, and "all of them are answerable to a Russian chain of command."

This month, 95,000 troops took part in extraordinary exercises in Russia, he said. The commander interprets these as a direct threat to Ukraine. "Where else can they be headed? I very much doubt Russia could put such a force together for Syria."

"We have plans for every possible scenario – from defense to offense… we have to be ready to react," he said.

Heavily criticized by many for his role in the damaging capitulation at Ilovaisk in August 2014, Muzhenko told The Independent that about 90% of the information he received during the Ilovaisk battle turned out to be false.

It was, he says, a failure of Ukrainian intelligence gathering and deliberate Russian misinformation.

"The Ukrainian army was deliberately destroyed over the past decade – systematically," he said, referring to what he called the presence of foreign agents undermining the military. Intelligence had improved significantly since then, he claimed, but the reality of Russian infiltration "remains an issue."

Summer 2014 represented a chaotic low point for the Ukrainians, and was the "worst moment in the war" for the commander himself.

"We had entire units to the south of Donetsk in Ambrosievka and Uspenka abandoning their positions without orders," he said.

Some of the soldiers were "defeated psychologically," and were "lacking proper military preparation."

In reality, an unanticipated surge had meant that many soldiers felt outgunned. Some of those who left say they had run out of ammunition.