Mysterious deaths of chieftains in Russian-backed "republics" since 2015 – Infographic 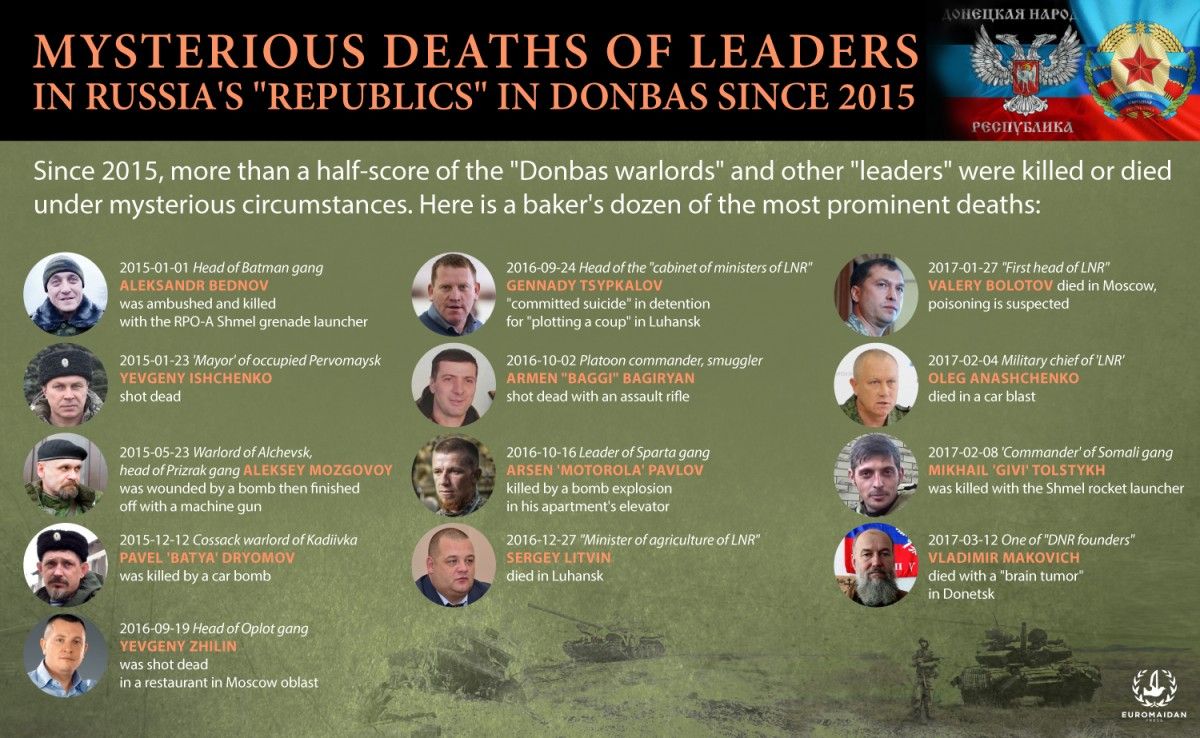 Read alsoSpiders in a jarMay 23, 2015 warlord of Alchevsk, head of Prizrak gang Aleksey Mozgovoy was wounded by a bomb then finished off with a machine gun.

Sep 24, 2016 head of the "cabinet of ministers of LPR" Gennady Tsypkalov "committed suicide" in detention for "plotting a coup" in Luhansk

Oct 16, 2016 leader of Sparta gang Arsen "Motorola" Pavlov was killed by a bomb explosion in his apartment’s elevator

March 12, 2017 one of "DPR founders" Vladimir Makovich died from a "brain tumor" in Donetsk

1. As a rule, "LPR-DPR authorities" blame Ukrainian DRGs (military subversive groups) or SBU agents for assassinations. This version is voiced on the Russian TV channels as only possible every time a warlord is killed. Ukrainian officials usually deny responsibility.

2. Donbas pro-Ukrainian guerrillas taking revenge can be behind the killings.

3. Infighting among the "elite" of "republics" may be the reason for murders as they seek to augment their power.

4. Russian security services may dispose of the leaders going out of their control, who may become unwanted witnesses for Russia in future.