The appalling March 22 terrorist attacks in Brussels attracted a lot of attention in pro-Kremlin media outlets. Sadly, most chose to spread confusion, fear and mistrust via disinformation stories about the tragic events, reads the DisinfoReview by EEAS East StratCom Task Force. 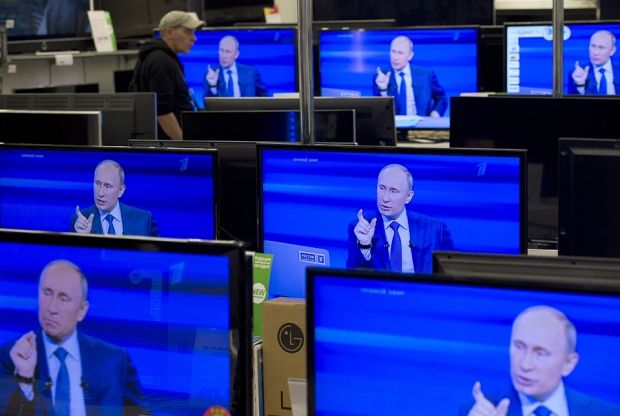 “A repeated accusation was that the bombing was Angela Merkel’s fault: because she invited refugees to Europe (although the attackers were not refugees); or because she held talks with President Erdogan, who supposedly founded Daesh. Many European outlets also multiplied disinformation, originating in Russia, that Chancellor Merkel had previously taken a selfie with one of the attackers,” according to the report.

Read alsoKremlin propagandists spotted in anti-Ukrainian campaign in NetherlandsOther outlets took the opposite tack and claimed that there were no terror attacks at all - the whole scene had allegedly been staged. There were many supposed offenders: "unnamed elites," the CIA and Mossad, Turkey.

From quantitative point of view, Ukraine remains the most popular disinformation topic. There are multiple cases when the old “Ukrainian Nazi coup backed by USA/NATO/West” disinformation has been recycled. “Again, it is accompanied by numerous claims that Ukraine is not a State and Ukrainians are not a nation. One video describes rampant cannibalistic rituals in Ukrainian society.”

“Disinformation pieces also continue to be rife about the Ukrainian pilot Nadia Savchenko. One Czech pro-Kremlin outlet repeated the previously spread disinformation about Savchenko being willing to sell captives’ body organs. Other media repeated false allegations that Savchenko is a convicted villain and murderer,” the report reads.

With a lot of focus remaining on Crimea, most of the disinformation has already been debunked: “that Russia's intervention prevented a bigger war; or that Russia prevented a genocide of Russian speaking inhabitants there. Sputnik created a poll according to which one out of three Europeans considers Crimea part of Russia.”

“While a Ukrainian pilot falsely accused of killing two Russian journalists was depicted in the most inhumane way, Russian pro-Kremlin outlets fiercely defended Serbian war criminal Radovan Karadzic, found guilty of the Srebrenica massacre that killed over 8,000 people (among other crimes). His trial was proclaimed as unlawful and unfair on the very same evening in both Dmitry Kiselyov’s and Vladimir Solovyov’s shows,” reads the report.

As UNIAN reported earlier, Bellingcat investigative team revealed traces of Russia’s infamous Troll Factory in staging and releasing a fake AZOV video where actors pretending to be fighters in the Ukrainian battalion threatened the Dutch people with a terror attack in case they voted against the Association Agreement with Ukraine, and burned the flag of the Netherlands.