Lukashenko on Sunday afternoon arrived in the presidential palace sporting an assault vest and holding an automatic rifle without a magazine, along with his 15-year-old son Nikolay in full tactical gear. 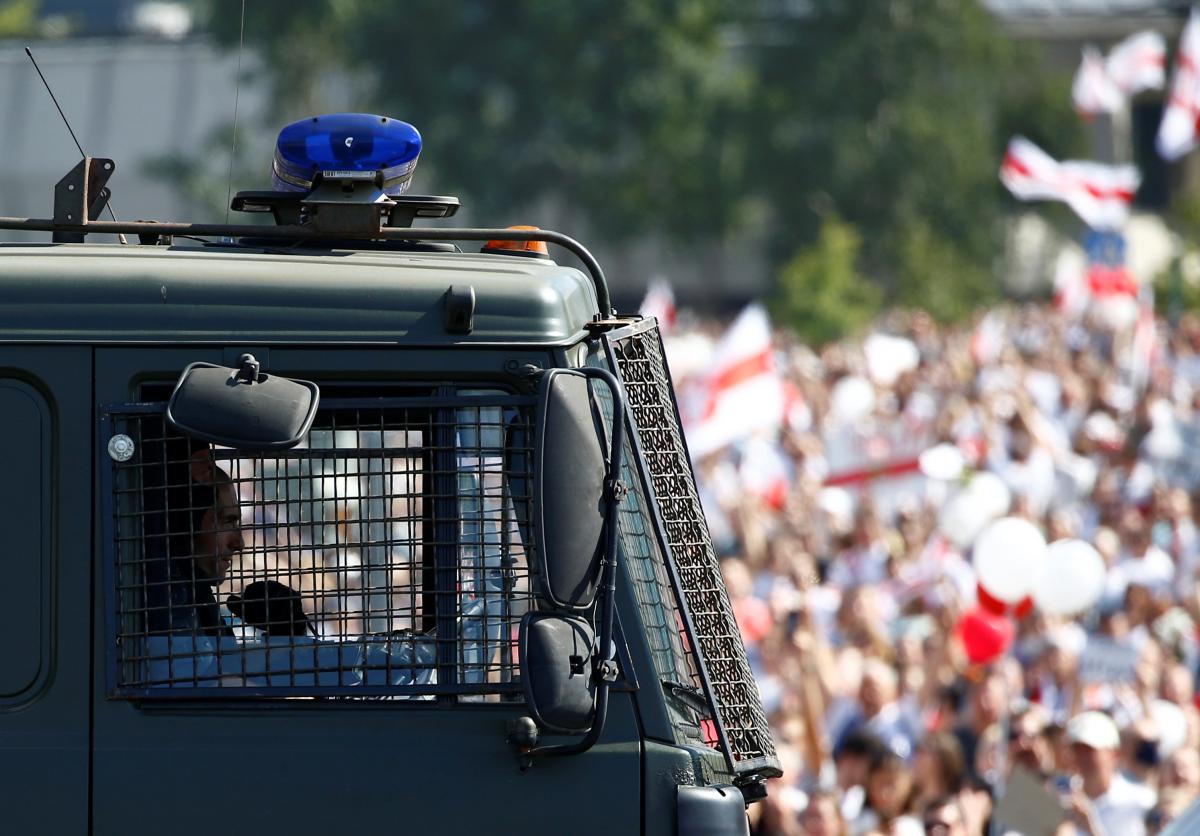 "We can't watch rallies being organized in sacred places today under flags once used by Nazis when they carried out there massacres of Belarusians, Russians, Jews, and people of other nationalities. Therefore, from now on, we're taking these locations under our protection," reads Khrenin's statement posted by the ministry's press service via Telegram.

The statement was unusually politicized for a defense agency and emotionally charged through caps lock.

It came as tens of thousands of protesters took to the streets of Belarusian capital Minsk on Sunday, August 23, as citizens continue challenging the results of the latest presidential election that gave Alexander Lukashenko another term in the top office after 26 years of continuous rule.

Meanwhile, a helicopter brought to the presidential palace in Minsk Alexander Lukashenko sporting an assault vest and holding an automatic rifle without a magazine, along with his 15-year-old son Nikolay in full tactical gear, also armed. 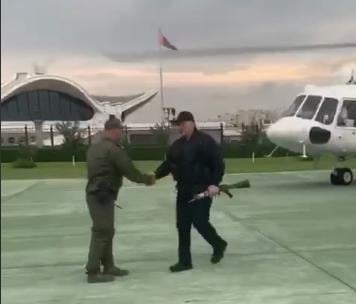 In a series of videos spun by Telegram channels on Sunday night, Lukashenko was first shown flying over Minsk, landing near the presidential palace, and then approaching to and addressing riot police officers with the words of praise for their support – met with massive applause.

"We will deal with them," Lukashenko was heard saying in front of the police, obviously meaning protesters.

"We're with you till the end," officers were heard telling Lukashenko.

Thousands of residents of Belarus took to the streets to protest what they believe is a rigged vote count. Riot police violently cracked down on protesters. Belarus' Ministry of Internal Affairs said about 7,000 protesters had been detained in different cities since August 9. On the evening of August 13, the authorities started to release detainees.

On August 14, the European Union announced it did not recognize the outcome of the presidential elections in Belarus. On August 19 leaders reportedly agreed on sanctions to be introduced over election rigging and violence against protesters.

On August 20, the Prosecutor General's Office opened a criminal probe into the attempt by the opposition to "seize power".

If you see a spelling error on our site, select it and press Ctrl+Enter
Tags:LukashenkoBelarusprotestselectionsrallyarmy