Former political prisoner of the Kremlin, Volodymyr Balukh, shared photos of the event on a social network. 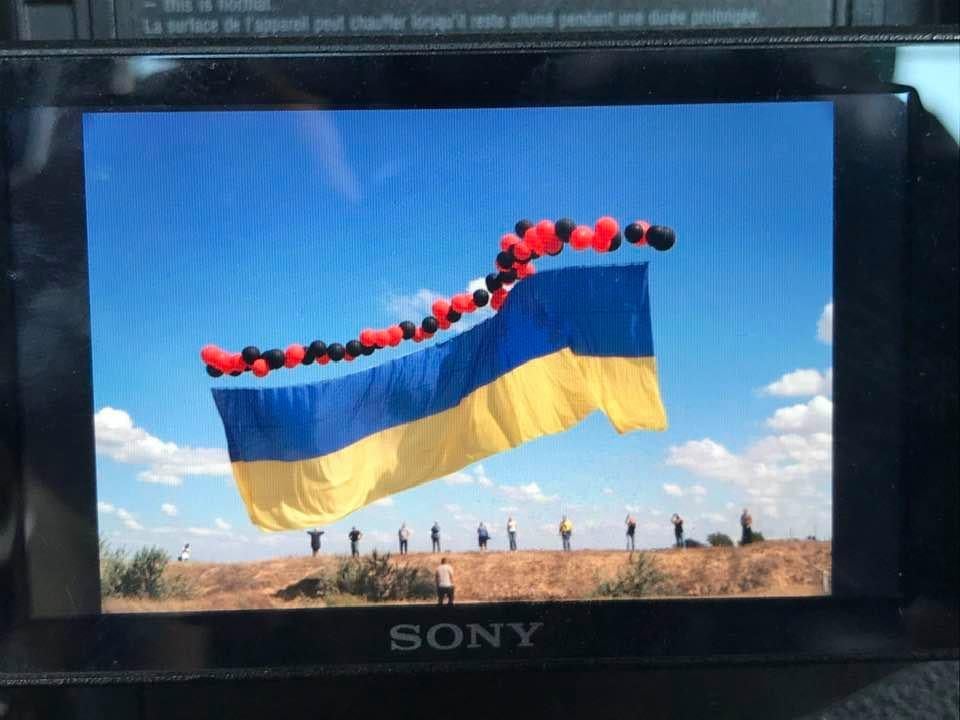 Activists have launched a Ukrainian national flag into the skies over the Russian-occupied Crimean peninsula, says Volodymyr Balukh, a former political prisoner released from Kremlin captivity in one of the prison swap efforts.

Incidentally, it was precisely for flying a Ukrainian flag over his home in Crimea that Balukh was initially arrested, rights activists reported.

"Friends! Brothers! Ukraine! Our flag is already over Crimea! Incredible emotions! Now we will launch airmail with postcards! Together we stand strong! Ukraine will be victorious!!!" Balukh wrote on Facebook.

Balukh, a Crimean farmer, was detained by Russia's FSB Federal Security Service on December 8, 2016. FSB operatives claimed they had allegedly found 90 ammunition rounds and several TNT explosives in his attic.

It is widely believed though that security operatives had detained the man for his firm political stance: he had a Ukrainian flag flying over his house, which he refused to remove despite persistent demands of local authorities, KHPG watchdog reported.

On July 5, 2018, a Russian-controlled in Crimea sentenced him to five years in a penal colony and a RUB 10,000 fine. On October 3, 2018, the so-called "Supreme Court of Crimea" reviewed Balukh's original verdict and reduced his term to four years and 11 months.

On September 7, 2019, he was handed to Ukraine as part of a major exchange of held persons.

During captivity, Balukh was subjected to physical torture and threats of sexual violence, he told reporters.

Ukrainians launching flags in the air for a cause

On July 21, Ukrainian activists launched a huge Ukrainian flag into the sky over the occupied Donetsk. Russian invaders were seen shooting at the balloon-driven banner for at least 20 minutes.

Amid protests in Minsk contesting election results, a Belarusian banner was seen flying over Kyiv, tied to a drone, in solidarity with rallies in the neighboring country.

If you see a spelling error on our site, select it and press Ctrl+Enter
Tags:News of UkraineCrimeaUkraineoccupiedCrimeaflag