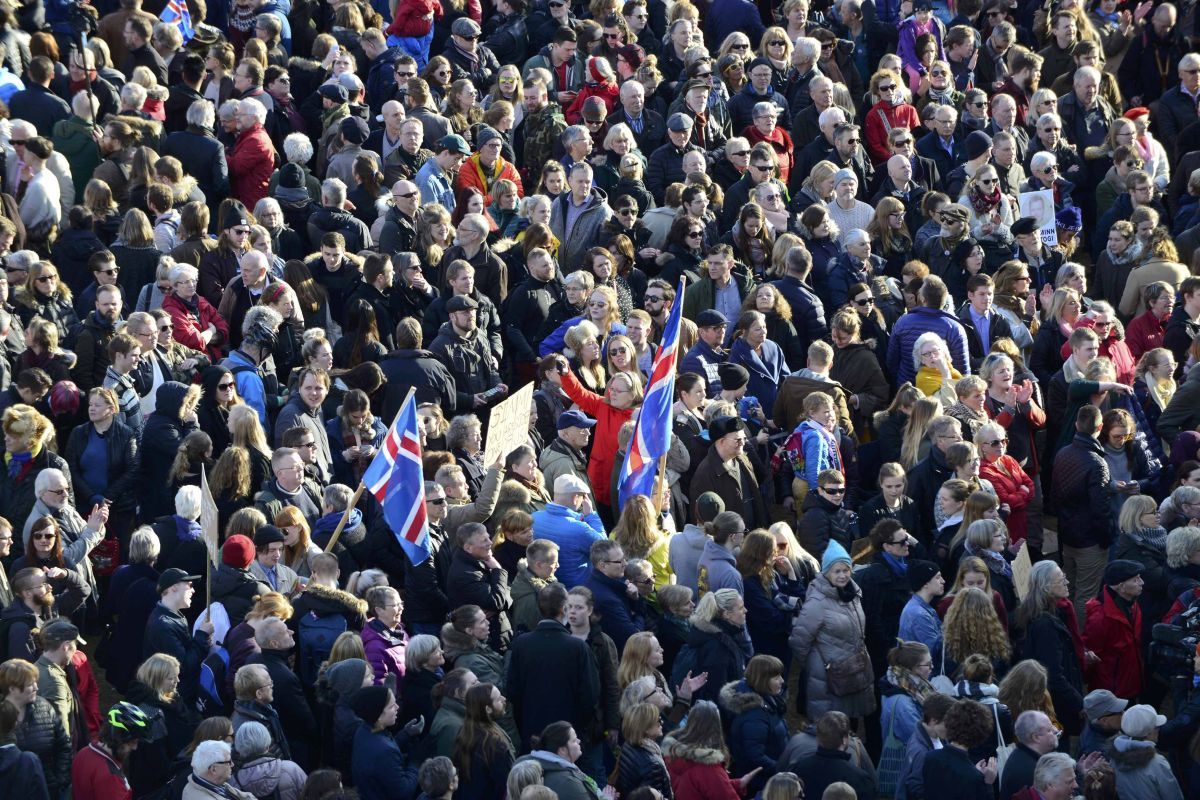 As protesters gathered outside parliament for the fifth day of demonstrations, the ruling coalition of Progressive and Independence parties on Friday defeated a motion submitted by the opposition, in a vote of 38 to 25. The outcome was widely expected, given that the two parties control 38 seats in the 63-strong parliament, Bloomberg reported.

The government of newly appointed Prime Minister Sigurdur Ingi Johannsson is now expected to press ahead with plans to end capital controls. The next step is an auction, due in the first half of this year, to free about 291 billion kronur ($2.4 billion) held in so-called Glacier bonds -- high-interest, local currency debt bought by hedge funds and other investors in the run up to the country’s financial crisis of 2008.

Read alsoPanamapapers claim first scalp as Iceland PM resignsThe coalition may have ridden out Iceland’s biggest political storm since 2008, triggered by revelations that former premier Sigmundur David Gunnlaugsson and his wife had investments in offshore accounts. Gunnlaugsson was the first major casualty of the Panama revelations with major figures such as U.K. Prime Minister David Cameron and Russia’s President Vladimir Putin also embroiled.

The leak revelations have further fanned voter furor at the perceived privileges of the elite political class, antipathy that has spurred the rise of Donald Trump, Spain’s Podemos movement and France’s National Front.

In Iceland, the protest vote is heading toward the Pirate Party, a grassroots movement with no designated leader founded in 2012 by a former Wikileaks spokesperson and some Internet activists. Latest surveys suggest it is now polling at more than the two ruling parties combined.

"The Panama Papers aren’t just a typical Icelandic blunder, where people in power debate with their critics about topics, accuse the media of harassment, interpret facts in one way or another or maintain that completely different things apply to them than others,” said Arni Pall Arnason, chairman of the Social Democratic Alliance, during Friday’s debate. “This time around, we’re all ‘live’ and there’s no way to hide from the spotlight of the world. There’s no way to try to maintain that other criteria applies here than in other countries."